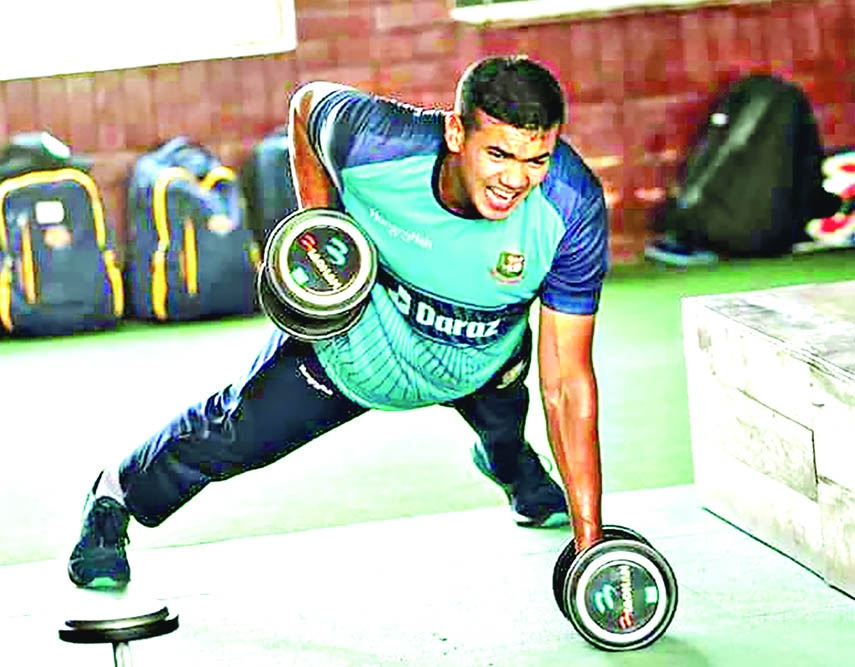 Agency :
Injured Bangladesh fast bowler Taskin Ahmed is unlikely to take part in the forthcoming two-match Test series against West Indies. The 27-year-old quick suffered a shoulder injury in the opening Test of the South Africa series, an injury that ruled him out of the Port Elizabeth Test as well as the ongoing series against Sri Lanka.
BCB chief physician Debashish Chowdhury reckons Taskin will need to four to six weeks of rehabilitation, scheduled to start from May 20 or 22, to recover from the injury.
''We will go for conservative management for the next four weeks and see what happens," Chowdhury told the reporters. "We can't be certain if he will miss whole series. We can't say a month before the series whether he will be ruled out. The team will leave on during the first week of June so it may be that we will think of his inclusion for the shorter versions.".
Bangladesh are scheduled to travel to West Indies on June 6 for a tour comprising two Tests, three ODIs and three T20Is. According to the draft itinerary, the opening Test will be played in Antigua from June 16-20 while the second Test will be played in St Lucia from June 24-28.
Taskin recently returned home from London after having an assessment on his shoulder. ''I think it is too early to say when I will be available because everything will depend on my improvement but I am eager to play again as soon as possible,'' he said.
The white-ball segment of the series against West Indies begins with T20Is and the opening two T20Is will be played in Dominica respectively on July 2 and 3 while the third will be played in Guyana on July 7. The three ODIs are also scheduled in Guyana on July 10, 13 and 16.