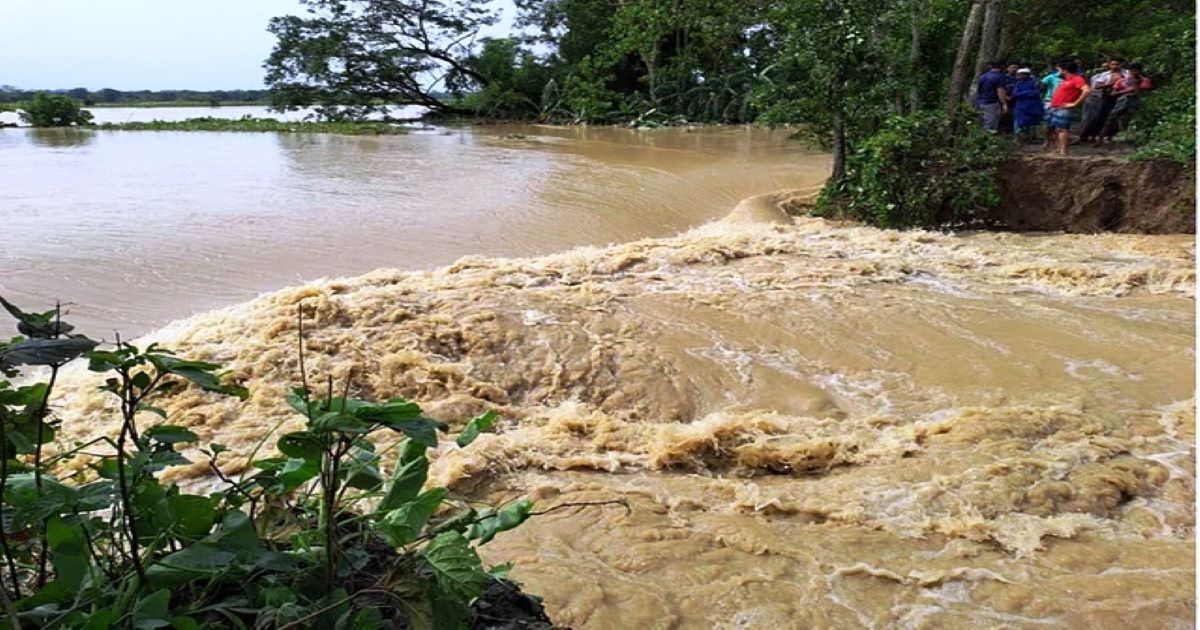 The Surma River swelled above the danger level on Friday morning as incessant rains in Indiaâs Meghalaya and Cherrapunji triggered onrush of water from the upstream flooding parts of Sunamganj district.

According to Sunamganj Water Development Board (WDB), the Surma flowed 16cm and 50cm above the danger mark at Sholghar in Sunamganj and Chhatak upazila of the district, respectively.

Meanwhile, the district recorded 78 millimetre of rainfall until Friday morning, said Zahurul Islam, executive engineer of the Water Development Board.

According to the Department of Fisheries, about 450 ponds in Chhatak and Doarabazar of the district have also been submerged, resulting in huge losses for the locals.

âWe have distributed 140 metric tons of GR rice, Tk 12 lakh in cash and 2,000 packets of dry food to the victims through the administration,â he said, adding that teaching activities of 256 primary schools have been suspended and about 20 shelters have already been set up.â