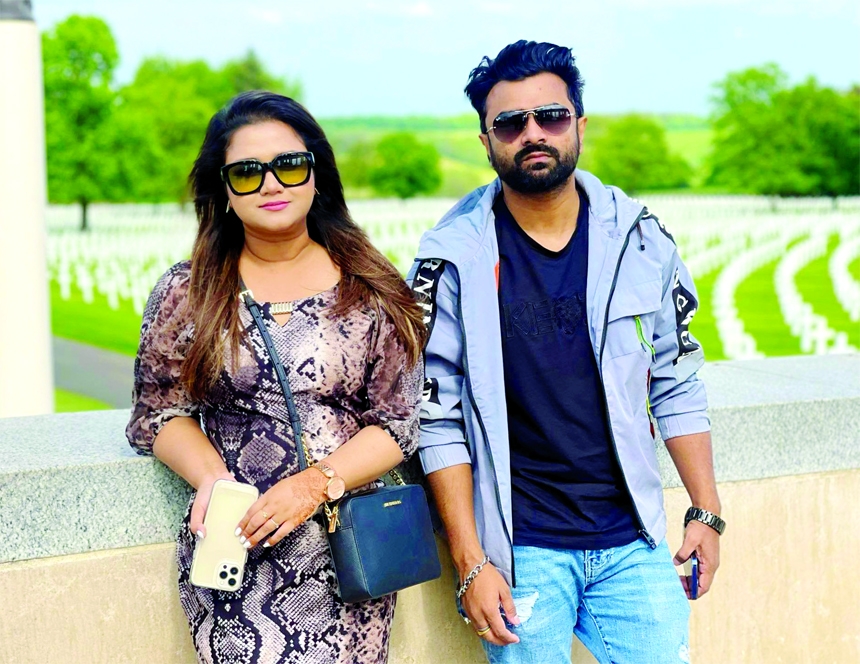 Entertainment Report :
Imran and Zhilik are two popular singers of present generation. After participating in Sherakontho 2008, they performed together in several numbers of stage shows. Therefore, they also performed together abroad in various stage shows organised by expatriate Bangladeshis in Qatar, Dubai and other countries. As a part of its continuation, this time they are performing in shows in Belgium, Sweden and France.
Both Imran and Zhilik informed that on May 8, International Motherâs Day, they performed in a show in Belgium organised by expatriate Bangladeshis there. Then after coming to Sweden, they performed in another show on May 15. On May 22, they will perform in a show in Paris, France.
While talking to this correspondent Imran said over mobile phone on Friday, âLike previous times we are enjoying performing in stage shows here. My good friend singer Zhilik is along with me. We come from country to perform abroad only for cordialness, likings and loves from the expatriate Bangladeshis. They are âremittance warrior.â To honour them, we come to perform here.â
Zhilik shared her feelings by this way, âImran is my best co-artiste. We are very good friend. For this reason, we have better understanding between us. We have already performed in Belgium and Sweden. We got huge response from the expatriate Bangladeshis there. Audiences presented us their loves and we also impressed them by our performances. We will return to country on May 24.âÂ Â Â