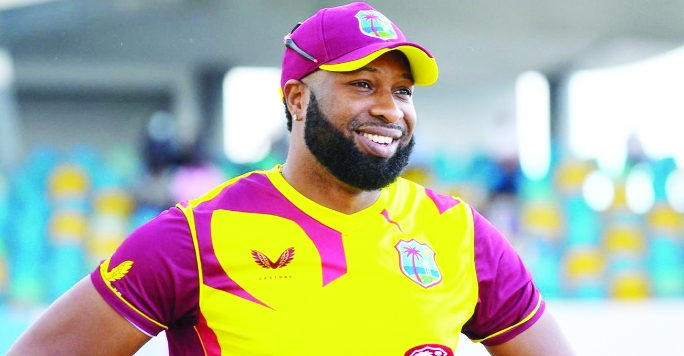 BBC Online :
Surrey have signed former West Indies captain Kieron Pollard for this summer's T20 Blast.
The 35-year-old all-rounder has won two T20 World Cups and has 224 caps in white-ball cricket for his country.
Pollard has also won five Indian Premier League titles with Mumbai Indians, and represented Somerset in the 2010-11 Twenty20 season.
He will be available from Surrey's second match, which is against Gloucestershire on Tuesday, 31 May.
"It has been quite some time since I've played county cricket and I'm thrilled to be returning to the Blast competition in Surrey colours this year," Pollard said.