Chaotic situation may arise in the country 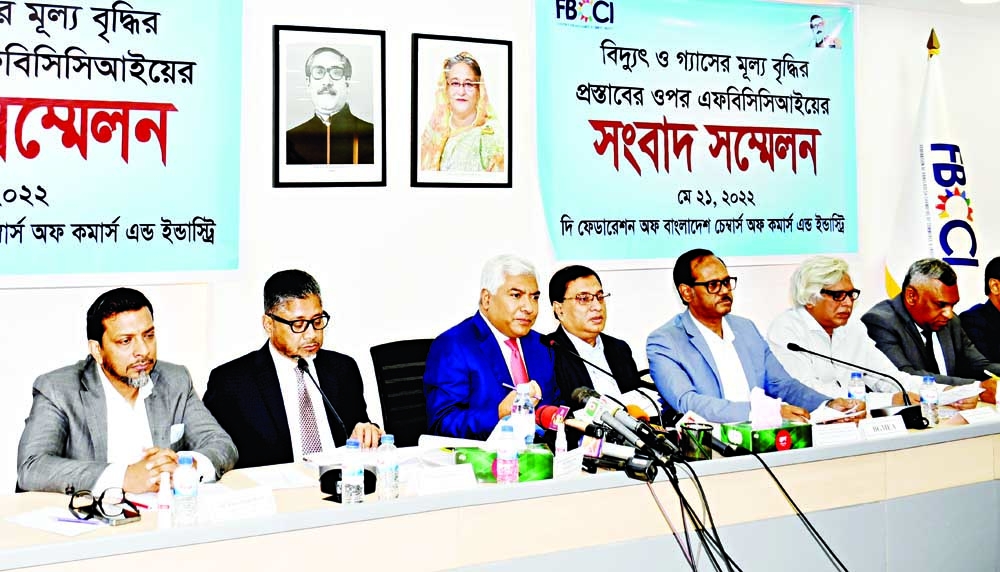 Md Jashim Uddin, President of the Federation of Bangladesh Chambers of Commerce and Industry speaks at a press conference organised at the Federation Bhaban in the cityâs Motijheel area on Saturday. NN photo

Staff Reporter :
Coronavirus pandemic and the Ukraine-Russia war have increased the plight of people around the world. The plight will be increased further in Bangladesh if the electricity and the gas price are increased at this moment. If it is done, unbearable sufferings and burden in public life will jeopardize rest of life. Besides, if such trend is continued, chaotic situation may arise in the country.
âThe impact of rising gas and electricity prices at the wholesale level in this difficult time will provoke multidimensional inflation and it would be created many negative reactions in the country. Besides, it will create stagnation in the agro-industrial service and in the livelihood of the general people. Above all, it would seriously impede the ongoing trend of economic flow of development,â said Md Jashim Uddin, President of the Federation of Bangladesh Chambers of Commerce and Industry (FBCCI).
The FBCCI chief made the remarks during a press conference organised at the Federation Bhaban in cityâs Motijheel on Saturday. Top business leaders of the country were present at the event.
He speculated whether such proposals (to increase gas and electricity prices) were made to force the government into an uncomfortable situation.
The Bangladesh Energy Regulatory Commission (BERC) last week recommended hiking bulk electricity prices by 57.83%.
The recommendation was made during a day-long public hearing on the Bangladesh Power Development Board (BPDB) proposal to hike bulk electricity tariffs by 66%.
Traders have expressed deep concerns saying the country's industrial sector may see a power tariff hike of 135% as the end-user if authorities move forward with this proposal.
Business leaders have termed the initiative a "conspiracy against the government." The FBCCI president said that if
the ongoing crisis caused by the Russia-Ukraine War persists, only then steps can be taken to increase prices to address the imbalance.
He claimed that businesses were being burdened with the huge expenses made for power generation, which is now more than the actual demand.
People should not bear the brunt of the irregularities and mismanagement of the power sector, he added.
Bangladesh Textile Mills Association (BTMA) President Mohammad Ali Khokon, presenting various data, asked, why do Titas and Petrobangla want to hike prices despite being in profit?
Echoing the same, Bangladesh Garment Manufacturers & Exporters Association (BGMEA) Vice President Shahidullah Azim said it would not be wise for the authorities to rush to a decision regarding the price hike. Â
"Exports will decline if the proposals are accepted. Also, pressure on foreign exchange reserve will mount."
National Association of Small & Cottage Industries of Bangladesh (NASCIB) President Mirza Nurul Ghani, said, "There is a conspiracy behind such proposals.
"A political not bureaucratic decision must be taken in this regard."