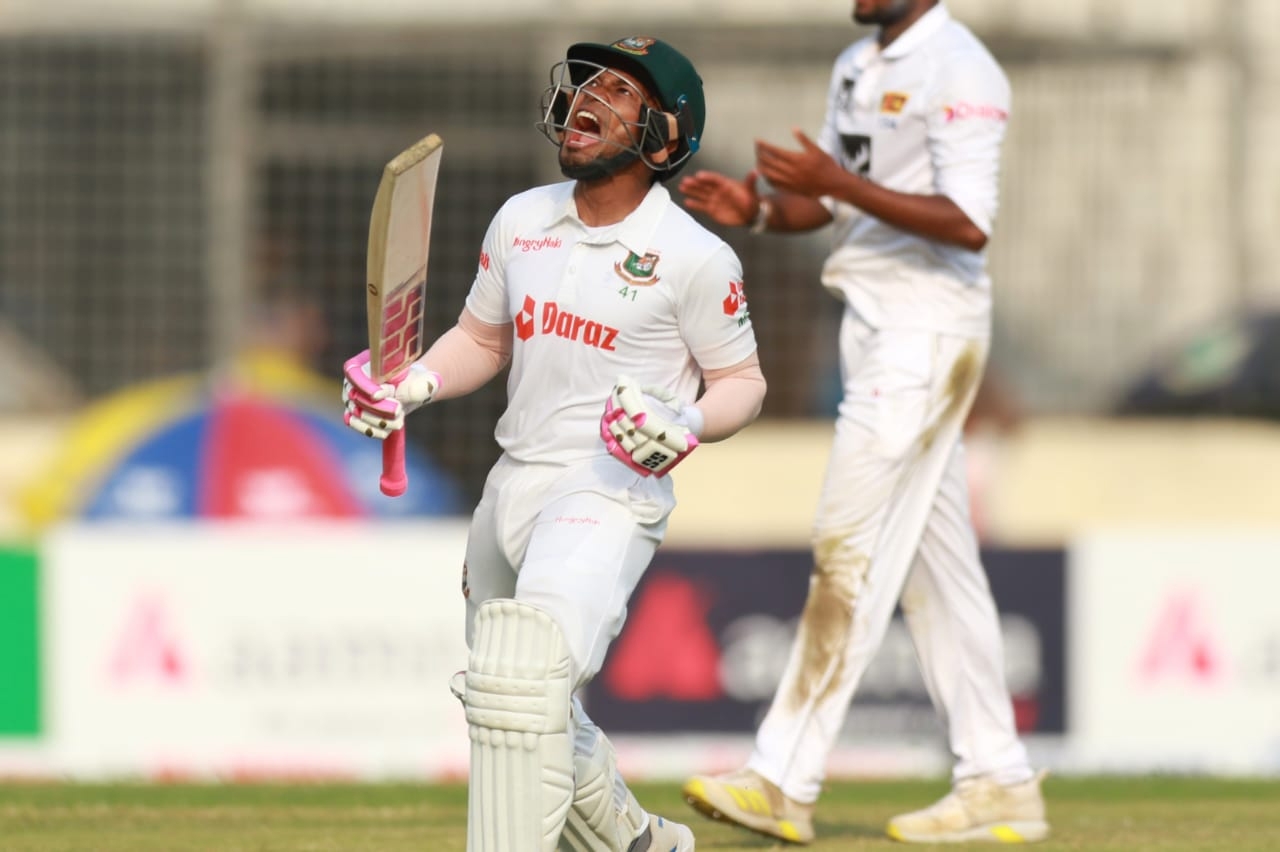 Mushfiqur Rahim, one of the mainstays of the Bangladesh batting line, smashed another ton in the ongoing two-match series against Sri Lanka on Monday at Sher-e-Bangla National Cricket Stadium.

Mushfiqur completed his third ton against Sri Lanka off 218 balls, punching Ramesh Mendis to the backward point for a single. After reaching the ton, the batter jumped, threw a punch to the air, performed a sajda and hugged his partner Liton Das, who also hit a ton in the same partnership, before showing the bat to the spectators.

It was the ninth ton of Mushfiqur in Test cricket, and it was his second ton in a row. In the previous Test in Chattogram, the batter hit another ton that guided Bangladesh to ensure the first-innings lead against Sri Lanka.

Before Mushfiqur, Liton hit his third Tes ton. His previous century came early this year against New Zealand. As of 70th over, Liton scored 122 unbeatenâ his best in the format so far.

Bangladesh won the toss and opted to bat first. But they failed to have an impressive start as they lost five wickets just for 24 runsâ with three ducks to Mahmudul Hasan Joy, Tamim Iqbal and Shakib Al Hasan.

In the sixth wicket stand, Liton joined Mushfiqur and added 226 runs in the partnership as of the 78th over of the innings.

Liton completed the magical three-figure total during the 63rd over of the innings pulling Asitha Fernando to the backward square area. A fielder picked up the ball and threw it to the stumps and missed. There was no backup to pick up the ball, and thus, the ball reached the boundary for a four.