What Color Makes Women Most Attractive? 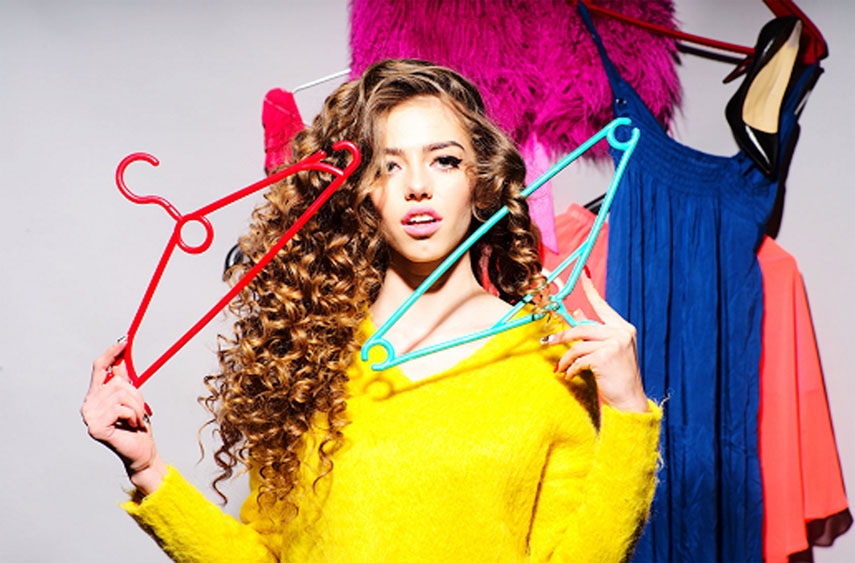 Martin Graff, Ph.D :
We have long since known that physical attractiveness is important in heterosexual mate selection, as this provides reliable external cues as to the capacity to produce offspring.
For men, physical attractiveness in women is generally associated with a particular waist-hip ratio, overall body size, and body mass.
Furthermore, men spend longer viewing women's chest, waist, and hip areas compared with other body parts, possibly because these areas give more information regarding attractiveness cues.
In addition to size and body shape, clothing colour has also been found to be important in attractiveness ratings, with several studies suggesting that red clothing makes women appear more attractive to men, possibly because of its association with love and passion.
Colour has a big influence on various other psychological factors, including mood and decision making. For example, bright colours tend to be connected to positive emotions, and dark colours with negative emotions, which may also account for how colour can influence our perception of bodily attractiveness and body size.
While we understand how and why men assess attractiveness in women, it is adaptive for women to be able to rate the attractiveness of other women and compare this with their own self-perceived attractiveness.
Firstly, to assess their chances of mate selection, and secondly, to check out attractive competitors who might even be a threat to their relationship.
In one study, Nimreth Sidhu and colleagues used eye-tracking apparatus to address how women assess the attractiveness of other women (Sidhu et al., 2021). They presented female participants with Caucasian and African avatars of different body sizes wearing red, green, blue, white, grey, or black clothing. They asked them to rate the avatars in terms of body attractiveness and body size.
The researchers predicted firstly that red and black clothing would be rated higher in terms of body attractiveness and slimmer in terms of body size.
Secondly, they predicted that same-sized Caucasian and African avatars would be rated differently in terms of attractiveness and body size.
Thirdly, they suggested that participants would gaze more at the waist-hip and chest areas when assessing bodily attractiveness suggesting that this may vary depending on clothing colour.
Attractiveness Ratings
Sidhu and colleagues found that black and red clothing produced the highest ratings of body attractiveness and slimmer body size judgments. In contrast, grey and green clothes produced the lowest body attractiveness and highest body size assessments.
These judgments were further affected by skin colour, with African avatars wearing white, blue, and green being rated higher than Caucasian avatars. These judgments were also associated with gaze to the upper body and waist-hip areas.
The 'red-effect' theory, which proposes that men rate women who wear red as more attractive due to an association with passion and sexual availability, was also found to apply to women's judgments of other women. As mentioned earlier, this is possibly because women may be comparing other women's attractiveness with their own in order to assess their chances in the mate selection process or to observe attractive competitors who might even be a threat to their relationship.
The researchers explain the low attractiveness rating given to green and grey clothing as possibly due to personal colour preferences. Overall, in colour preferences, red is often rated alongside high dominance and arousal, whereas in many studies involving colour preference, grey and green are generally associated with low arousal.
Body Size Ratings
The researchers also found that judgments of body size are affected by colour, with black, blue, and red leading to an underestimation of size, while green, grey, and white led to a body size overestimation.
Interestingly, clothing colour, which influenced body size, did not necessarily have the same effect on attractiveness. For example, it was found that black, red, and blue produced judgments of slimmer body sizes and higher attractiveness ratings, while white produced judgments of larger body size yet high attractiveness compared with red or blue. Overall, colour influenced body size and attractiveness ratings in different ways.
Direction of Gaze
The study also found that when participants' gaze was mostly directed to the upper body area, followed by the waist, hip, and head, and then arms and legs. This was unaffected by clothing colour or race of the avatar and is consistent with previous research that the upper body, waist, and hips are important in our judgments of attractiveness and body size.
Interestingly, white clothing produced higher viewing levels around the waist-hip area, whereas black clothing attracted more viewing around the upper body and lower viewing of the legs. This is possibly due to the contrast between white clothing and body colour being relatively close, causing it to take longer to assess the waist-hip ratio, which is critical for judging both size and attractiveness.
While many of the above findings may be influenced by social comparison to others, overall body satisfaction, and culture, this study informs us how clothing colour contrasts with the tone of skin and how this is important when women judge the attractiveness and size of other women. The study also has possible practical implications for clothing design, style, and fashion.

(Martin Graff, Ph.D., is a Reader and the Head of Research in Psychology at the University of South Wales).