You Just Graduated. Now What? 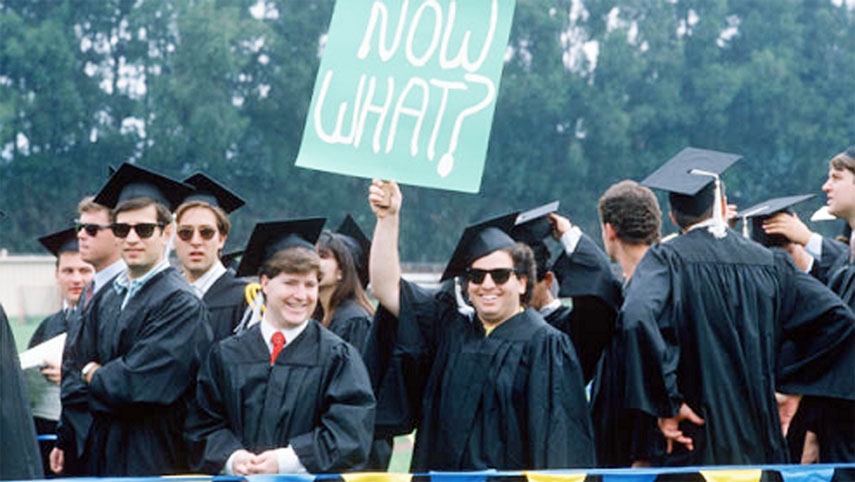 Ashley Maier :
Congratulations, graduates! You held on until May. Now what?
In psychology and related fields, it is about who you know from this point forward. That's not to say that your work won't stand for itself - it will - but, as you'll learn, there will be many occasions from here on out in which it will help to "know someone."
The good news? You already know a lot of "someones"! You just went through many years of school getting to know those someones. So, as easy as it would be to simply walk away toward your new life, take some of those someones with you.
Write Those Thank You Notes
Well, I'm not sure anyone actually puts pen to paper for thank you notes these days, but you know what I mean. Thank your professors, administratorsâ¦ everyone who helped you get to this point.
An evaluator at UCSD once told me that research demonstrates that people are much more likely to go out of their way to provide negative feedback (hello Yelp and RateMyProfessor) than positive feedback. So first, make someone's day by actually sharing that positive feedback. Trust me, we incorporate it into our work. I love student feedback, especially when they tell me what worked for them and why. You're helping professors and future students when you do this - you're literally improving the state of education. We won't know unless you tell us!
It doesn't have to be a grand gesture. Simply take the time to say goodbye and thank you if you don't have more to say. Here's a simple thank you I just received from a student:
Hello professor, I just wanted to take a quick moment to say goodbye. Thank you very much for your assistance this semester. I greatly appreciate it and I wish you well.
Another positive of thanks you notes is that it helps you shore up future contacts. Trust me, you will have future asks of past professors if you in any way plan to apply for jobs, internships, scholarships, and/or graduate school.
When students like the above write me, I always, always, respond with, "Please keep in touch." We actually want to hear from you and most of us want to help you as you move forward in your educational and career endeavors.
And don't just write a thank you; send updates from time to time. Time passes, we get busy, but trust me I've found myself wishing I had stayed in touch with a professor or two, for a number of reasons. Dare I say it, you will probably find yourself Googling to figure out if a professor is still alive. It's a harsh reality of the passage of time, my friends.
You just don't know when you might need advice, a letter of recommendation, or something else. And if you're like me, you might end up going back to the same institution for another graduate program 20 years later. For instance, one of my absolute favorite professors is now the dean of my school.
It's not all about needing something, either. It's nice to stay in touch both professionally and personally. Plus, once they're no longer responsible for your grade, professors tend to open up a lot more. Mentorship, anyone?
Speaking of needing something, you'll probably need a letter of recommendation (LOR) for a job, graduate school, and/or a scholarship. Back when I graduated, the advice was to collect LORs right away. I ended up with a binder full of generic letters I didn't use for years. Though some might still suggest getting a generic letter now, I think it's far more useful to simply ask if they'd be willing to write one when you need it in the future, and as I suggest above, truly stay in touch. Most employers and schools want recent LORs, anyway.
Plus, no one wants to be asked to write an LOR during summer. Don't ask anyone to write you a letter right this moment. Your professors are recovering, too (except the ones going right into summer classes!). Ask if they'd be willing to write a letter and then come back later.
Be genuine about the connection. Most people know when they are being used. I honestly don't mind so much, because I know it can be hard to get LORs and it can feel like everyone wants a thousand recent LORs, but I certainly prefer genuine connection. Some professors require that you've taken a certain number of classes from them and/or that they've known you for a certain amount of time before they'll give you an LOR.
So focus on professors/administrators/others with whom you truly would like an authentic connection. They'll write better recommendations, anyway.
I know, intimately, the urge to walk away and never look back. I know it's a celebratory response. You did it! You're moving on! But, if you're willing to hold on to a little of the past, to go back from time to time, it can immeasurably improve your future.
And while I've discussed professional contacts here, don't forget about your friends and fellow students. As numerous posts on Psychology Today make clear, those connections contribute to a lifetime of health and well-being.
Congratulations, graduates! Don't forget us.