Industrial units locally built up in Ctg being listed: DC 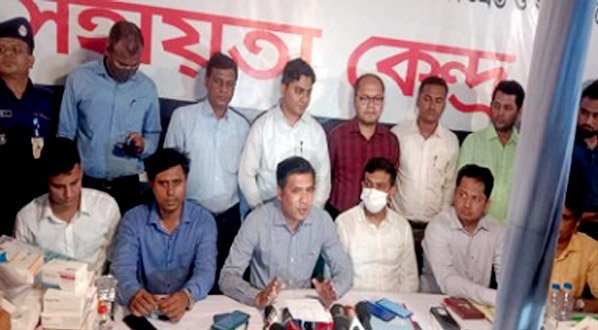 Chattogram Bureau :
Deputy Commissioner of Chattogram Md Mominur Rahman said that the list of industrial establishments is being put at risk for the environment and public health that has developed in the vicinity of the locality. He told the reporters at the information support centre in front of Chittagong Medical College (CMC) Hospital on Tuesday morning. Meanwhile, Tk25,000 in cash was distributed among five family members who were injured in the Sitakunda blast. The Deputy Commissioner said, âChattogram is a densely populated area geographically and it is called the economic lifeline of the country due to the expansion of trade and commerce. In the meantime, we have identified a number of industrial establishments developed in the vicinity of the locality. The list of these organisations will be ready next week.â
âIf the institutions are harmful to the environment and public health, I will take action according to the law,â he also said.Â Â