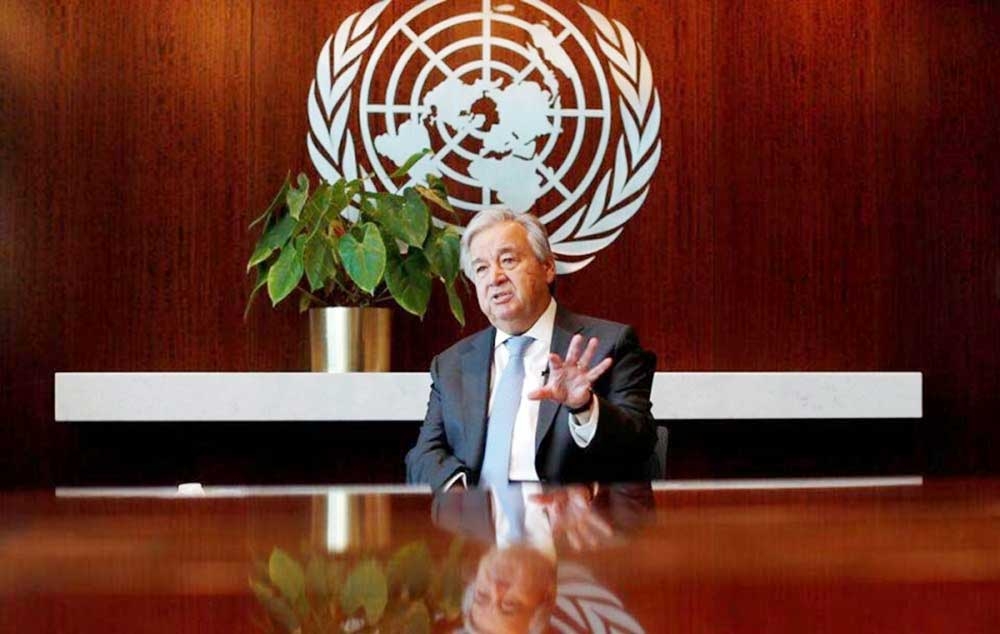 BSS :
UN Secretary-General Antonio Guterres on Monday called for the Security Council to extend its authorization of cross-border aid into northwest Syria by a year-a policy that veto-holding Russia has criticized.The UN authorization to transport aid across the Syrian-Turkish border at Bab al-Hawa has been in effect since 2014, but is set to expire on July 10.Â  Russia could veto a proposal to extend the cross-border aid mechanism, having already forced a reduction in the number of allowed border crossings on the grounds that it violates Syria's sovereignty.
"While increasing cross-line assistance was an important achievement, in the present circumstances it is not at the scale needed to replace the massive cross-border response," Guterres said at the Security Council's monthly meeting on Syria.
"I strongly appeal to the members of the Council to maintain consensus on allowing cross-border operations, by renewing resolution 2585 for an additional 12 months," he added.
Nearly 10,000 trucks loaded with humanitarian aid passed through Bab al-Hawa last year bound for the rebel-held Idlib region. It is the only crossing through which aid can be brought into Idlib without navigating areas controlled by Damascus.
"It is a moral imperative to address the suffering and vulnerability of 4.1 million people in the area who need aid and protection," said Guterres.Â  "When it comes to delivering life-saving aid to people in need across Syria, all channels should be made, and kept, available."
Dozens of aid groups and six senior UN officials called in separate statements last week for a year-long renewal of the cross-border aid authorization, which was last extended in January for six months.Â  Eleven years into Syria's civil war, three million people live under the rule of jihadists and allied rebels in the Idlib region.
Half of them have been uprooted from their homes in other parts of the country and rely heavily on international aid.