Padma Bridge: An epitome of courage and ability 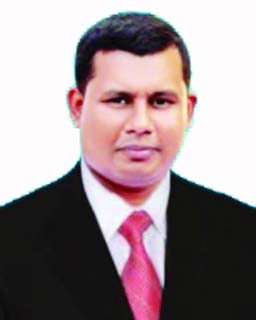 Md. Badrul Huda Sohel :
The dream cherished in the hearts of millions of Bengalis for almost two decades is finally going to be concretized today. The much-aspired bridge is set today for public use to reduce the distance between the south-western region and the capital Dhaka. The bridge on the mighty river Padma will be a part of the lives of the commuters living both sides of the river from now on. People will start realizing the contribution of Padma Bridge in the socio-economic development of the country from today. The Padma Bridge will definitely trigger our journey to get a status in the list of developed countries from that of developing ones.
Today our joys know no bound at the inauguration of the Padma Bridge, but the beginning of the journey to make it happen in reality was pregnant of limitations and adversities. Many setbacks were there in the implementation of the bridge, but today, with the inauguration of this very bridge, all the uncertainties will eliminate. The bridge, the largest in the country in terms of length (6.15km), bears the testimony of our own competencies and abilities.Although the World Bank canceled theexpected loanin corruption allegations, the incumbent government had never hesitated to construct the bridge. Today's Padma Bridge is built with our own funds as a result of the government's concentration, dedication and reliability. Because the responsibility of constructing a bridge at a cost of more than Tk30 thousand crore was a big challenge for Bangladesh.
The southern region had always been facing impediments in keeping pace with the overall development of the country. The districts were neglected and lagging behind in various ways due to unsmooth communication system with the capital Dhaka. According to a survey, the launch of the Padma Bridge will increase the country's GDP growth by 1.23 percent, which will have a huge positive impact on the overall economy. It takes 5 to 7 hours by road and to cross the Padma river from Dhaka to Shariatpur, Madaripur, Rajbari, Faridpur and Gopalganj. And from today it will take 1 to 1.5 hours to reach Bhanga Upazila of Faridpur by road from Dhaka via Padma Bridge.The people of the five districts mentioned above,as a result, will be able to go to Dhaka every day from today and return to the districts of their own the same day just after completing their work and this will necessarily save their time and money. Besides, the bridge will play an important role in regional connectivity between Asia and Southeast Asia.
In addition to reducing the suffering of travel, the bridge will help us by saving lives. Many launches, steamers and ferries face accidents in the devastating current of Padma almost every year. Innumerable people are constantly losing their lives in these accidents. The tears of the people due to the construction of the Padma Bridge will now remarkably reduce.Moreover, hundreds of people are often seen suffering due to untimely arrival and departure of ferries to Mawa and Zajira docks. Patient-carrying ambulances suffer more. While waiting for the ferry, the patients sometimes die on the way.But if the patients had been brought to Dhaka in time, better treatment would have saved the lives of many. Today's Padma Bridge, to a large extent, will surely alleviate our pain and agony.
On account of the Padma Bridge, unprecedented development of trade and commerce will now take place in the south-western districts of the country.Â  New entrepreneurs will facilitate the scope of employment of people. People's income will increase and standard of living will be better than before. New jobs will create and this will contribute to poverty alleviation.Moreover, the development of communication system will accelerate the possibility of establishing economic zones or industrial parks in convenient places on the other side of the Padma. The garment factories in Dhaka, Narsingdi, Gazipur and Savar are now in a very congested and adverse environment. The issue of establishing new factories or industriesin these regions, therefore, will lose appeal. Mongla, one of the country's second largest EPZs, is on the other side of the Padma. If one or two more EPZs are set up, the status of life and economy of the Padma-centric cities will be more prosperous. Due to this bridge, the cost and time for transporting goods from Patuakhali's Payraand Monglaports will drastically reduce. However, with the establishment of new factories and chemical plants, there is a possibility of environmental pollution in the areas. That industrialization is important to strengthen national economy is known to all, it is no less important to curb environmental pollution. The government departmentsresponsible for maintaining ecological balance, in this regard, should be very watchful and proactive from the very beginning.
As the bridge is long enough, arrangements have to be taken to set up police check posts for the safety of passengers in different phases. Not only industrialization, the opening of the Padma Bridge will also expand the agricultural and tourism industries on the southern parts of the country. Investment in agriculture will increase as it will be possible to carry agro-based products to Dhaka by trucks at lower cost. Padma Bridge is our pride and glory. Its inauguration is not merely the inauguration of a bridge; rather its inauguration is tantamount to marching towards all-round development of the country.