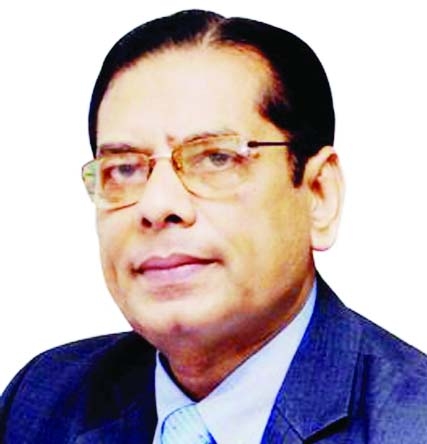 Al Amin :
Prof Dr Mustafizur Rahman, Distinguished Fellow of the Centre for Policy Dialogue (CPD), said that the Padma Bridge will create a new economic hub in the Bangladesh, Bhutan, India and Nepal (BBIN) initiative region.
The government will have to face some challenges to cop up with the economic activities and there is a prospect of establishing some 17 special economic zones (SEZs) in the southern 21 districts linked with the multipurpose bridge, he said.
The government must have to ensure supply of gas and power, introduce one stops service for encouraging investments and establishing accommodations facilities like hotels and motels to facilitate the investors, he thinks.
In an exclusive interview given to The New Nation on Friday, Prof Dr Mustafizur said that the multipurpose Padma Bridge will play an important role for the passenger carriers and private cars and freight carrying vehicles on the roads as it would be used for the four-nation cooperation initiatives of Bangladesh, Bhutan, India and Nepal (BBIN).
He said that the government has signed the agreement of BBIN and the bridge will connect BBIN,
resulted an opportunity of sub-regional cooperation and integration will be created.
"The bridge could be a resilient hub of economy if the government can ensure development activities like providing necessary services, accommodation for the tourists and investors, encourage investment and others sectors for the development of the southern region," he said.
Mustafiz said that the bordering land ports and crossings need to be digitized and inter operability system should be ensured as soon as possible.
Arrangements of goods transports through the borders need to be eased and production networks for different products need to be built based on the corridors, he said.
"If the government wants to encourage investment using the business corridor, business facilities need to be eased and one stop service should be provided," the CPD's fellow said.
"Ensuring investment friendly environment is a must for investment. It would increase services and tourism in the region and goods carrying will be increased through the economic corridor. It would be needed to introduce single way door and green channels in the borders. Besides, the customs operating system needs to be digitized and inter operating system in the borders needs to be introduced," he opined.Â Â Â  Â
He said that it must be realized that a prospect has been created. Now, the others parallel initiatives need to be taken to use the prospect.Â  "If you want to run production services smoothly in the area, you must have to supply gas and other necessities needed for industrialization.
The capacity of the country's two sea ports of Payra and Mongla needs to be increased and the infrastructural development of the ports needs to be enhanced upgrading the ports. Â
Prof Mustafiz said that there are supposed to be 17 economic zones in 21 districts of the southern region. This needs to be implemented properly soon and environment friendly industrialization is needed to be done, which would create additional 7.5 lakh employments.
"A full-fledged Padma Bridge will add $10 billion a year to Gross Domestic Product (GDP)," Prof Mustafizur said adding that the cost of building the bridge will be realized within very short time and it will contribute to our economy triple times than the usual.
Mustafizur Rahman said, "We need to think of the Padma Bridge as an economic corridor, not just a bridge and a communication corridor. Through the bridge, we will be able to establish transport connectivity, investment connectivity and people-to-people contacts. With the launch of the Padma Bridge, the Mongla and Payra Ports will be the main drivers of our economy. This bridge will be the main driving force of economic communication, not only in Bangladesh but also with India, Bhutan and Nepal. By using the bridge, we will be able to strengthen the regional economic alliance with India, Bhutan and Nepal which already exists."
He said the Padma Bridge would play a special role in regional trade. Goods from India can be transported directly to the capital Dhaka and Chattogram through the bridge. This will expand the import-export trade of goods. When communication would be eased and distance is reduced, the cost will also come down.
He said, "Bangladesh is now trying to establish itself as an economically and socially developed and environment friendly country. The Padma Bridge can act as a catalyst to reach that goal."
"By 2041, we want to see Bangladesh as an economically developed, socially inclusive and environmentally friendly country," he added.
Mustafizur said, "If our GDP is $450 billion, if railways and bridges are launched together, it will add $10 billion to our economy at the rate of 2.26 per cent per annum. Of this 1.26 per cent will come from the roads sector while 1 per cent will come from railway sector."
The CPD Fellow said that the Padma Bridge would bridge the economic divide in the south-west with other parts of Bangladesh. The Padma Bridge will add one point two percent to our GDP. And will contribute more than two per cent to the south-western districts.