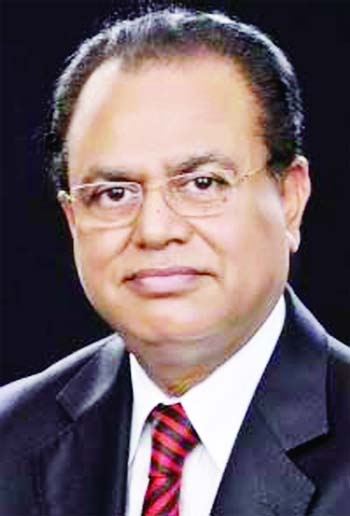 Staff Reporter :
The New Nation talks to the former communications minister, Syed Abul Hossain, who was in charge of building the Padma Bridge initially. As such, he negotiated with the World Bank (WB) and other foreign donors with a view to successfully completing the project.
The New Nation: The Padma Bridge Project started when you were the minister for communications, but later the initiative was cancelled on account of allegation of corruption. The allegation was later dismissed by a Canada court that helped revive the project. And at that time you resigned. Now you tell us why did you resign from the project in the first place?
Syed Abul Hossain: The World Bank remained as the coordinator of all donor agencies. It kept watch regarding every initial activity of Padma Bridge. Everything went ahead with the nod of WB. But the WB authority enforced the technical committee headed by Professor Jamilur Reza Chowdhury to qualify a disqualified bidder; on the other hand, WB insisted on disqualifying a qualified bidder as it was a Chinese one. But Professor Reza disagreed with the WB authority. After that, the World Bank created obstacles to Padma Bridge Project. Besides, they raised various false and fabricated
Â allegations. At one stage, they spoke against me. They tried to use their influence by publishing untrue reports both in electronic and print media. There was also a Pakistani born coordinator of Padma Bridge. Under these situations, I removed myself away from the project.
The New Nation: What is your feeling now as you see the completion of Padma Bridge and its inauguration?
Syed Abul Hossain: When I was the communications minister, the initial technical and all other activities for Padma Bridge Project was expected to start from December, 2013. That is, it would take only 9 years. At the beginning of the Padma Bridge project, I remained Minister for Communications as plotters at home and abroad went ahead with their evil intentions and their mission was to make me controversial and tarnish my integrity.
Finally those vested quarters became successful in depriving Bangladesh government from foreign funding and left the project. It was Prime Minister Sheikh Hasina who remained determined to build the bridge at any cost and expressed the desire of the government to build Padma Bridge with its own fund despite leaving World Bank and other foreign donors. Their unacceptable allegation of corruption on the project was an equipment to smear the image and honesty of the government and myself. The challenge of the prime minister to such plotting amazed the foreign donors as well as few local personalities. The achievement of Padma Bridge will bring additional impetus to nation building activities in the days to come. I gladly convey my heartiest congratulation and gratefulness to Prime Minister Sheikh Hasina.
The New Nation: Later, Bangladesh government took decision to build the bridge with its own fund and finally the project was visible. But why did you remain outside the mega project? How do you feel about it now?
Syed Abul Hossain: I felt exhausted to face the fabricated and baseless allegations both from home and abroad. As per the dictate of my conscience, I thought I should remain outside the mega project.
The New Nation: Prime Minister Sheikh Hasina called you a real patriot as you were not involved in any wrong doing. What is your feeling about it?
Syed Abul Hossain: Prime Minister Sheikh Hasina as well as sound-minded people in Bangladesh had their trust on me. Prime Minister revealed her feeling about me. I feel grateful to her for it.
The New Nation: We know that before entering into politics, you used to work in your own area of development project and you were very popular as a social reformer among the people irrespective of caste, creed and religion. Do you prefer politics to business or social works?
Syed Abul Hossain: I follow and stand with the politics based on the ideology of Bangabandhu Sheikh Mujibur Rahman. But I also remain busy with my business and social work.