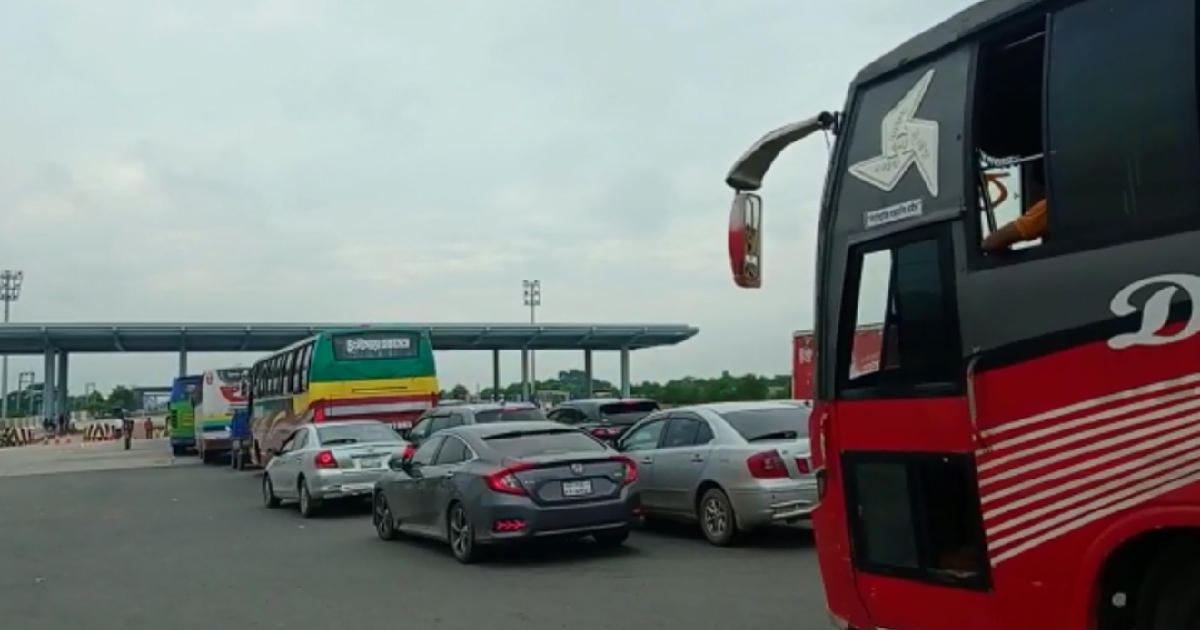 Hundreds of passengers, including children and women, were caught in a long queue of vehicles on the Dhaka-Mawa-Bhanga expressway on the first day of toll collection due to shortage of toll booths.

The authority started collecting tolls from vehicles on the Father of the Nation Bangabandhu Sheikh Mujibur Rahman since Friday (1 July) midnight.

During the morning hours many vehicles were seen passing very slowly through the Bogail toll plaza.

Only four booths opened to collect tolls at the Bogail toll plaza instead of ten booths, said Faruk Hossain, who is in-charge of toll plaza.

As a result, vehicles are taking more time to cross the toll plaza, causing traffic jam, he added.

At one point irate drivers of buses and trucks got involved in heated arguments with the toll collectors further delaying the collection. Police had to intervene to calm the situation.

The speed of toll collection, however, increased from 11am after three more booths were opened leading to easing traffic congestion, said Hamiduddin, officer-in-charge of Bhanga Highway Police Station.

He said the situation turned normal around 5 pm.