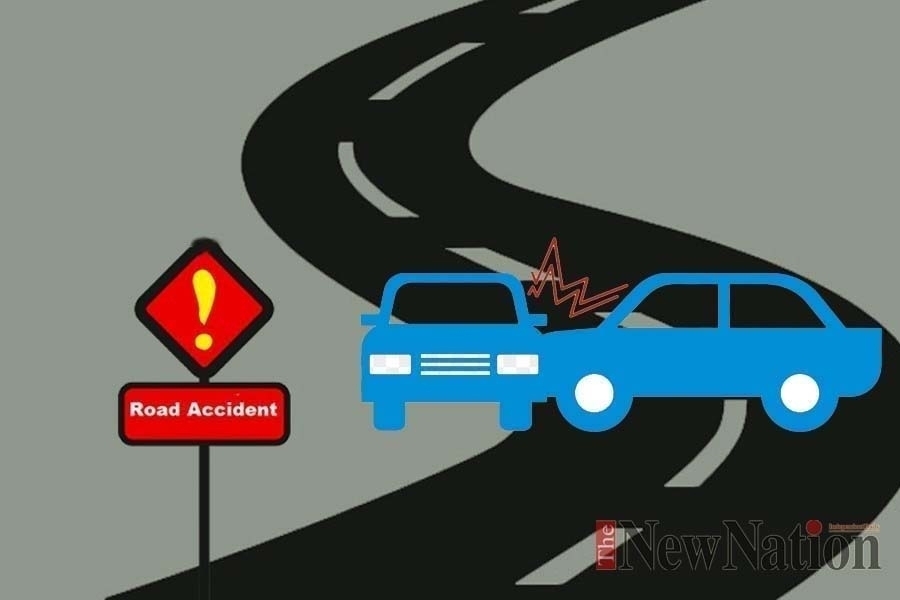 In Noakhali two people were killed and two more suffered injuries as a pickup van collided with an auto rickshaw atÂ  Bijaynagar area of Companiganj upazila.

The accident occurred around 4 pm as the pickup van hit the auto rickshaw coming from the opposite side leaving Milon dead on spot and Peara was announced dead after being taken to upazila health complex.

OC Sadekur Rahman said locals have nabbed the pickup van driver from the spot and legal actions will be taken in this regard.

In Chuadanga, a three-year-old girl was crushed by a truck at Deuli intersection ofÂ  Damurhuda upazila.

The deceased was identified as Jannatul. She was standing beside the road when a cow-laden truck coming from Karpashdanga left her severely injured, said Ferdous Wahid, Officer-in-Charge of Damurhuda model police station.

Doctors announced her death on arrival after being taken to upazila health complex. The accused truck driver has been detained, said OC Wahid.

In Chapainawabganj sadar upazila, a 55-year-old man was killed in a road accident at Moharajpur Chowdhurypara intersection.

The deceased was identified as Abul Mannan, son of late Mosahek of Shibganj upazila in the district.

On information, police rushed to the spot and took him to Chapainawabganj sadar general hospital where doctors declared him dead, the OC said.Â Â

In Bogura, a 27-year old assistant driver of a truck was killed as another truck hit it from behind near the Birkedar area on Bogura-Naogaon highway at 11 am.

The driverâs assistant died on the spot as another truck hit the truck he was on standing beside the road, said SI Nazmul.