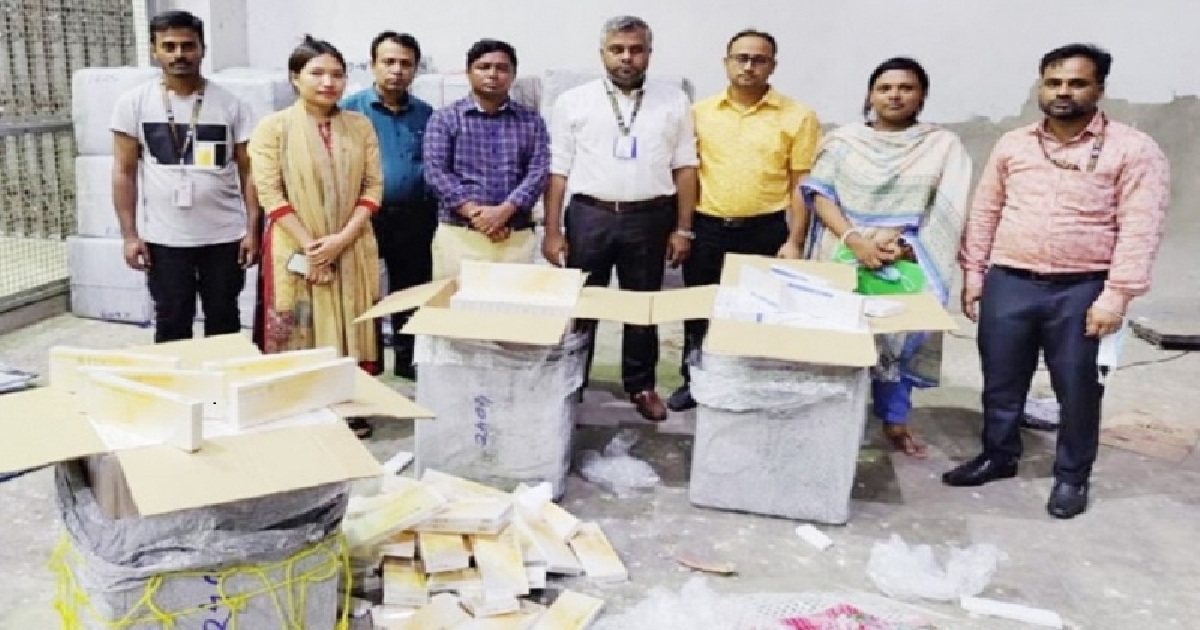 Customs officials on Wednesday claimed to have seized more than 7, 200 cartons of foreign cigarettes during a drive at Shah Amanat International Airport in Chattogram.

Tipped off, a team of Customs officials seized the cartons from the green channel of the airport on Tuesday night, deputy commissioner of Chattogram Customs, Salauddin Rizvi, said.

The market value of the seized cigarettes is Tk 1.10 crore, he said. "Process is on to take legal action. However, no one was arrested in this connection."