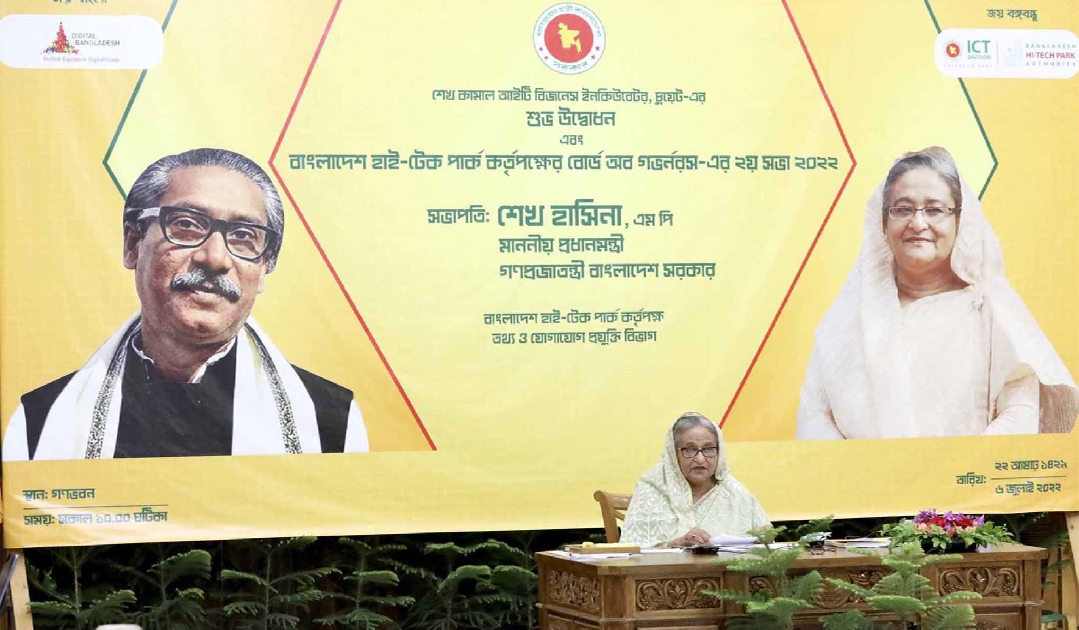 Prime Minister Sheikh Hasina on Wednesday underlined the need for downsizing subsidies in the power sector and sought full cooperation from the people in this regard.

"I hope that people of the country will cooperate with us," she said stressing that the reduction in government subsidy is needed to face the uncertain situation created by the Russia-Ukraine war and the sanction on Russia imposed by the US and European countries.

She mentioned that in the power sector the government is providing some Tk 28,000 crore in subsidy while the amount is Tk 25,000 for LNG import.

She said the government has to resort to load-shedding and cut down on power production to ease the subsidy in this sector.

PM Hasina explained that for every cubic meter of LNG the government gives Tk 59.60 where the consumer level price is Tk 9.69 only.

"The price has been increased recently to Tk 11. But still there is huge subsidy there,â she said.

She mentioned that renewable energy power production cost Tk 12.84 per KW, where the government is charging Tk 5.08 only.

The production cost of coal-based power is Tk 12.37 whereas the selling price is Tk 5.08 only.

"How long will we be able to provide such huge amount of subsidy? We have to provide food, medicare and home for the homeless people," she said.

The prime minister said that this year's budget has a government allocation of Tk 84000 crore as subsidy.

"If we do not reduce the subsidy from where the government will get money," she questioned.

She also urged all to practice austerity in consumption, especially in power along with increasing their respective savings.

"We have only one option, I have already directed to impose area- based load shedding and prepare a routine for that to inform the people earlier so that they can take preparation and suffer less."

Hasina said that operation of the power plants, which are run by imported fuel oil and coal, has become very much tough as It has become too much costly.

She said that the USA and Europe imposed sanctions on Russia following the Russia-Ukraine war caused the price spiral of fuel oil, fertiliser, food, transportation cost and other items across the globe.

"Bangladesh is also getting the impact of that price hike. The sanction is creating a suffocating situation for the whole world,â she observed.

She mentioned that due to the sanctions prices of furnace oil have soared to Tk 1080 from Tk 708, an increase by 52 per cent.

LNG price has jumped from US$10 per mmBtu (Metric Million British Thermal Unit) to US$38 mmBtu, that means a hike by 280 per cent.

The price of diesel, on which the country is very much dependent, was US$ 80, which has risen to US$ 130. It is speculated that this price may shoot up to US$ 300, the premier said.

"That means the whole world is heading towards a devastating situation,â she warned.

The PM said that If these sanctions (on Russia) were not imposed the supply from Russia and Ukraine would have continued.

She mentioned that UN secretary general formed a group where she has been included. A discussion in that group took place regarding the matter.

"In that group we discussed to allow food and fertiliser to be exported from there (Russia and Ukraine). Some steps have been taken in this regard,â she mentioned.

She stated that due to the sanctions and stopping SWIFT in Russia, Bangladesh is not allowed to purchase anything from Russia with US dollar.

"No one is there to answer what will be the financial mechanism for this purchase,â she said.

"But we are continuing our efforts," she said.

She mentioned that the government is trying to advance the country through continuation of economic activities overcoming the global financial turmoil caused by coronavirus pandemic and Russia-Ukraine war.

Stressing diversification of export items, the PM said that Bangladesh has always been dependent on exporting one item: garments.

"To diversify the export basket we put emphasis on ICT items and are working towards that direction,â she said. âAs a result many companies are coming to Bangladesh and investing here spurring development significantly"