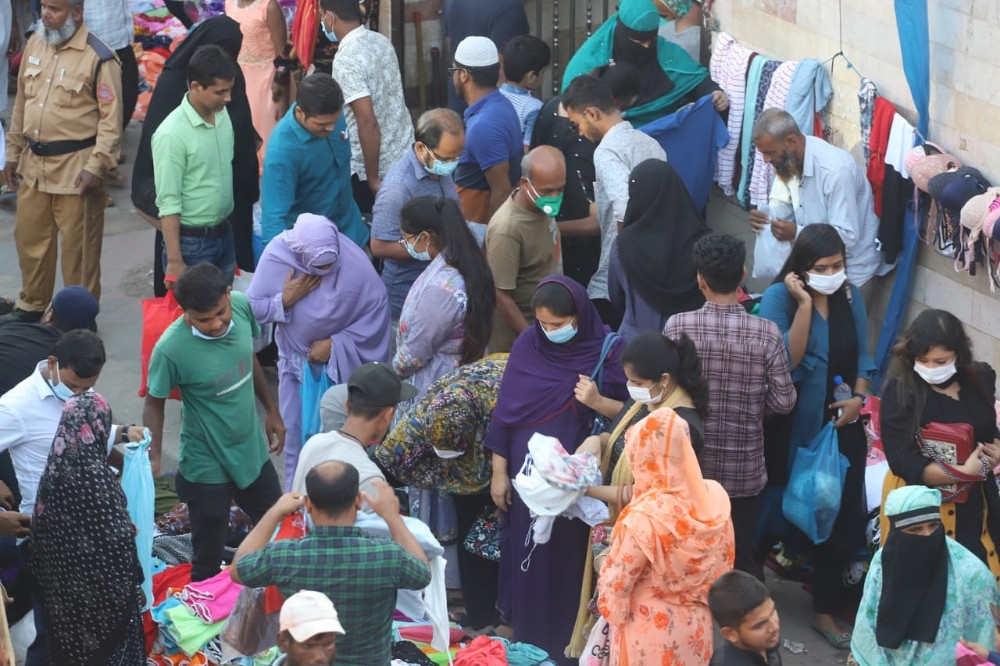 The fresh numbers took the country's total caseload to 1,984,700 and the total fatalities to 29,185, according to the Directorate General of Health Services (DGHS).

The daily case positivity rate rose to 16.89 per cent from Tuesdayâs 16. 74 per cent as 10,175 samples were tested during the period, said the DGHS.

Among the deceased, two each were men and women. Of them, three were from Dhaka and another from Chattogram division.

On Tuesday, the country recorded seven Covid-linked deaths with 1,998 cases.

The mortality rate remained unchanged at 1.47 per cent. The recovery rate declined to 96.23 per cent from Tuesdayâs 96.28 per cent as 526 patients recovered during this period.

In June, the country reported 18 Covid-linked deaths and 20,201 new cases, according to the DGHS.