Father-daughter die, 3 of family hurt as car falls into canal in Sylhet 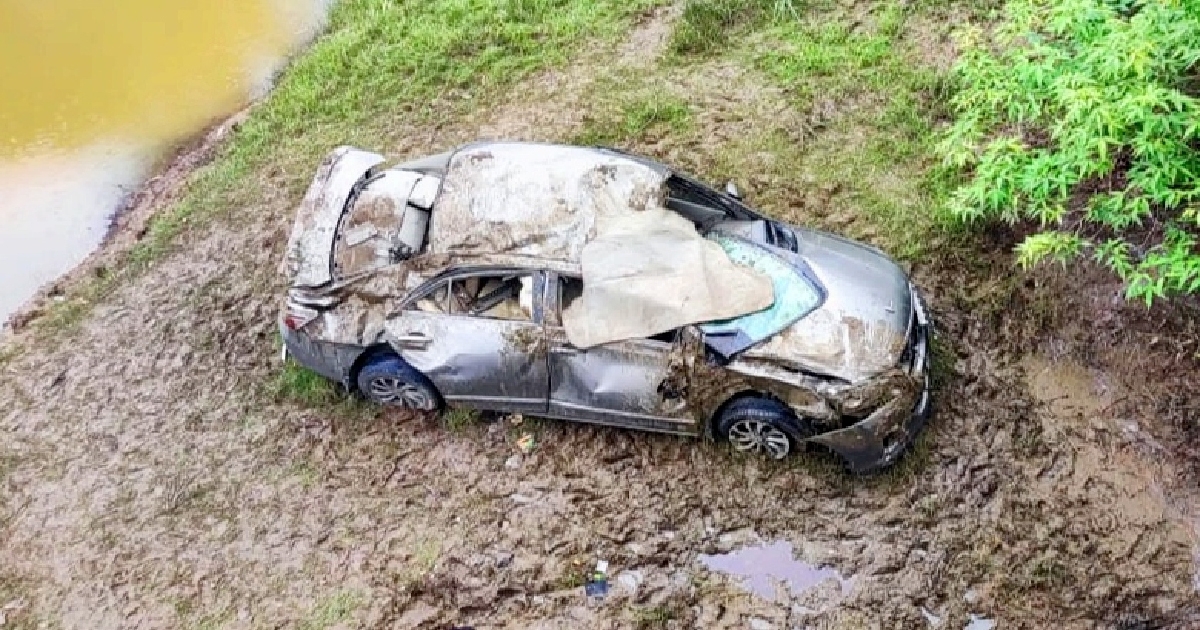 A man and his 40-day-old daughter died on Friday as the car carrying them fell into a canal along Sylhet-Tamabil highway in Jaintapur upazila of Sylhet, police said.

The deceased were identified as Rubel Ahmed, 35, from Shibpur upazila in Narsingdi and his daughter Rahi Akter Adori, said Golam Dastagir, Officer-in-Charge of Jaintapur police station.

Rubelâs wife Kajal Akter, 30, her brother Rasel Ahmed,48 and his wife Anika Akter,30 sustained injuries in the accident. They were admittedÂ  to MAG Osmani Medical College and Hospital in Sylhet.

The family was heading toward Jaflong from Sylhet on a sight-seeingÂ  tour, said the OC.

RaselÂ  who was driving the car lost control of it as they reached a bridge near Lakshmipur area around 9:30 am and the vehicle fell into the roadside canal.

The locals managed to rescue the five injured passengers from the vehicle but doctors at Jaintapur upazila health complex announced Rahi dead on arrival.

The bodies have been sent for an autopsy and the highway police have been informed to recover the vehicle rom the canal, said thfe OC.