PM offers Chattogram-Mongla ports for use by Nepal 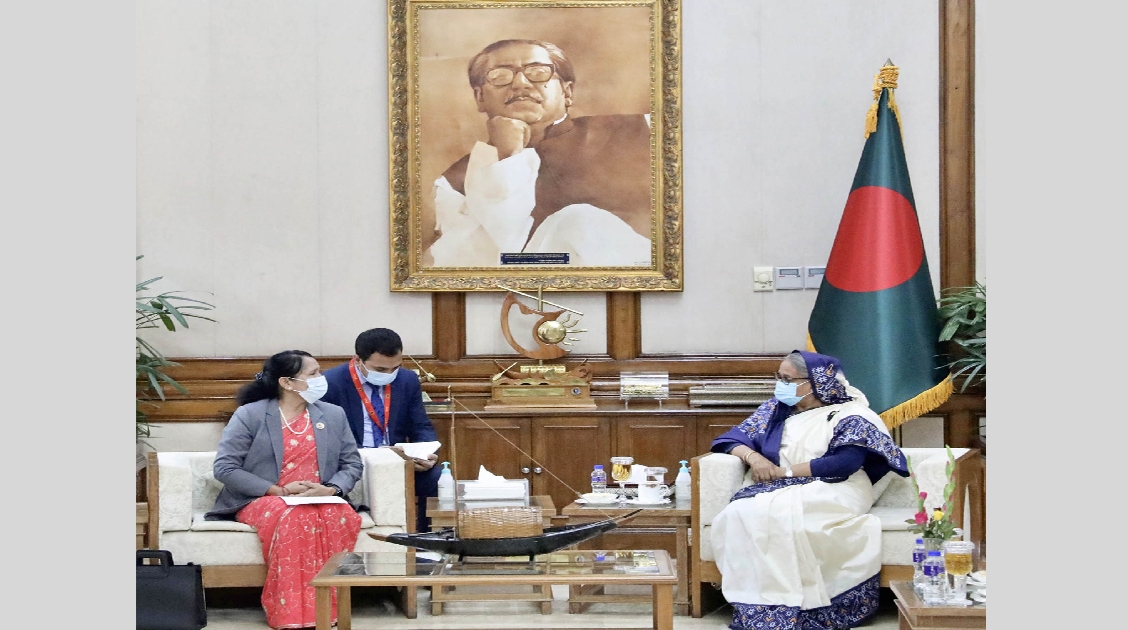 Prime Minister Sheikh Hasina on Friday reiterated that Nepal can take the advantage of using Bangladesh's Mongla and Chattogram seaports.

She said this when a visiting Nepalese parliamentary delegation, headed by Pabitra Niruola Kharel, Chairperson of International Relations Committee at House of Representatives of Federal Parliament of Nepal, paid a courtesy call on her at her official residence Ganobhaban.

The premier said Bangladesh is developing Saidpur airport as a regional airport which the neighboring countries can use, said a press release of the PMO Press Wing.

She said her government attaches great importance to maintaining good relations with neighboring countries, including Nepal.

Hasina expressed her gratitude to the leadership and the people of Nepal for supporting Bangladesh during its liberation war in 1971.

She expressed satisfaction that the delegation visited Bangabandhu Memorial Museum at Dhanmondi and Bangladesh Parliament.

The Nepalese delegation stressed the two countries may further consolidate their cooperation in sectors like Power, Hydroelectricity, Tourism, Education, ICT, Connectivity, and People to People contact.

They noted with great satisfaction that Nepal and Bangladesh have been enjoying cordial relations over the years. They mentioned that this year holds significant importance for both countries as they are celebrating the 50th year of establishing diplomatic relations.

They emphasized high-level visits on a regular basis to strengthen the friendly ties.

The visiting team appreciated PM Hasina for her visionary leadership and the recent socio-economic development, which they termed as very impressive.

At the outset, the Nepalese delegation thanked the government for arranging an excellent programme for them.

The meeting ended with a goodwill gesture of handing over gifts from both sides.

The visiting team also met the Parliamentary Standing Committee on the Ministry of Foreign Affairs before travelling toTungipara through the iconic Padma Bridge on Friday.