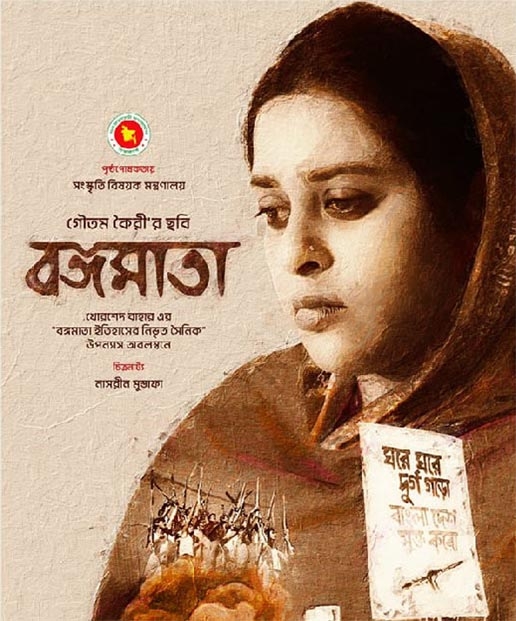 Entertainment Report :
The poster of the short film titled Bangamata, based on the life and activities of Bangamata Sheikh Fazilatunnesa Mujib, wife of Bangabandhu Sheikh Mujibur Rahman, was revealed on Thursday. Popular actress Jyotika Jyoti will be playing the lead role in this short film.
The actress confirmed the matter yesterday.
The short film is directed by Goutam Koiri, based on the novel titled Bangamata Itihasher Nribhrito Soinik written by Khorshed Bahar.
The premiere of the short film will be held on the occasion of the birthday of Bangamata Sheikh Fazilatunnesa Mujib on August 8 at Bangladesh Shilpakala Academy in the capitalâs Segunbagicha area, said Jyotika Jyoti.
The short film also stars Monir Ahmed Shakeel, Shovan Das, Meghla Shuhashini Tupur, Farzana Chobi, among others.
The short film is produced by the Ministry of Cultural Affairs in association with Poter Chhobi.