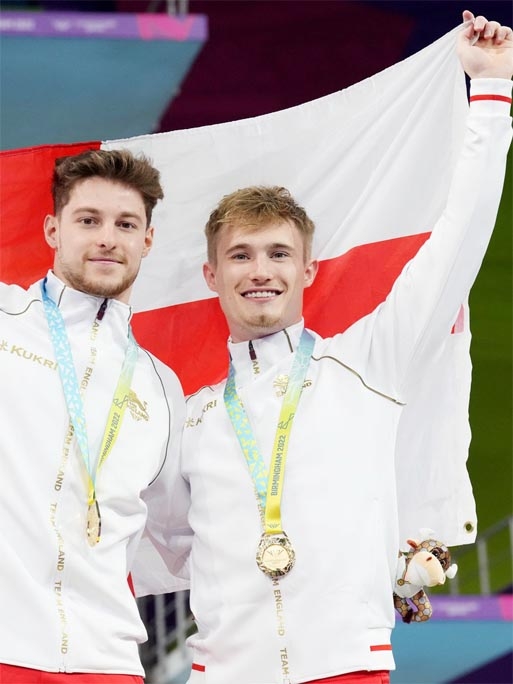 BBC Online :
Jack Laugher won his second Commonwealth diving gold in less than 24 hours as he and England team-mate Anthony Harding clinched the synchronised 3m springboard title.
It is the third successive Games at which Laugher, 27, has won this event, doing so in 2014 and 2018 with previous partner Chris Mears.
He and 22-year-old Harding scored a total of 438.33 points.
Scotland's Ross Beattie and James Heatly finished fourth.
"Obviously two golds is amazing," Laugher, who won 1m springboard gold on Thursday, told BBC Sport.
"I think what me and Tony wanted to take from this was that we wanted to get another good performance under our belt. Certainly Tony achieved that. I've still got some things to improve on."