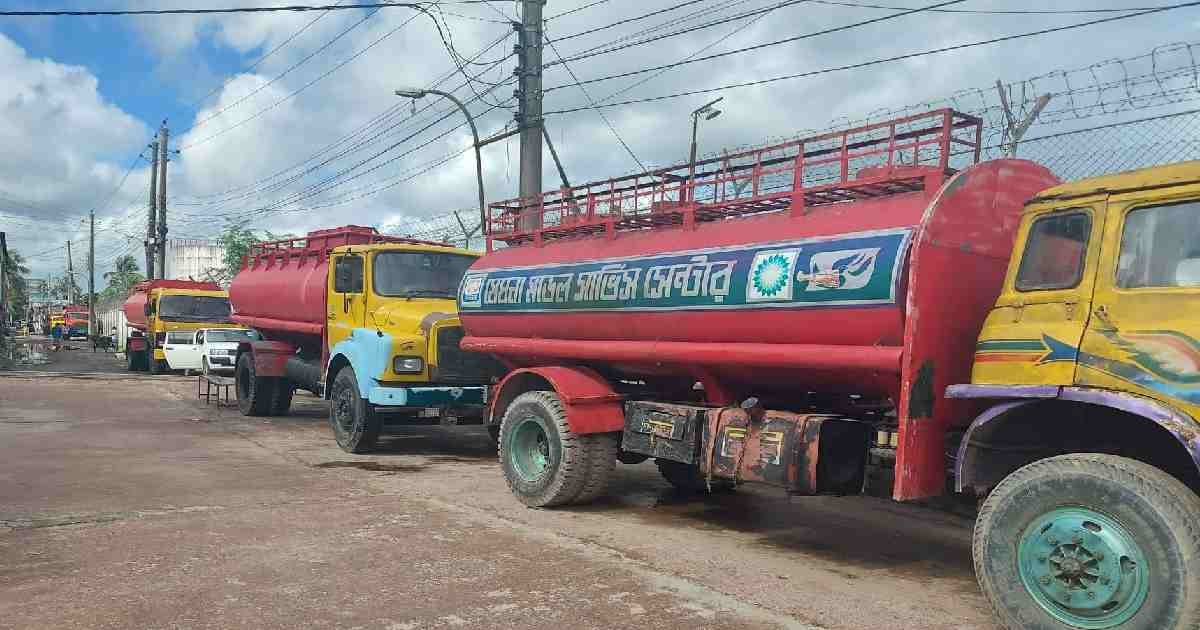 The strike started at 8am and will continue till 8am on Monday, said Md Farhad Hossain, general secretary of Khulna Divisional Committee of Bangladesh Tank-Lorry Owners Association.

However, fuel stored in their respective stations is still being supplied.

At present, a commission of Tk 2.71 per liter of fuel (as per previous rate) is provided to the tank-lorry owners.

The owners earlier urged the authorities concerned, including Bangladesh Petroleum Corporation (BPC) and Ministry of Power Energy and Mineral Resources several times for increasing commission but they did not pay heed to their demand.

The government hiked the price of fuel oil by a big margin on Friday.

The new price came into effect from Friday midnight.

Earlier, in November last year, the government increased the price of diesel and kerosene by Tk 15 to Tk 80 per litre. As a result, the bus fare was disproportionately increased by around 27 per cent and the launch fare by 35 per cent.