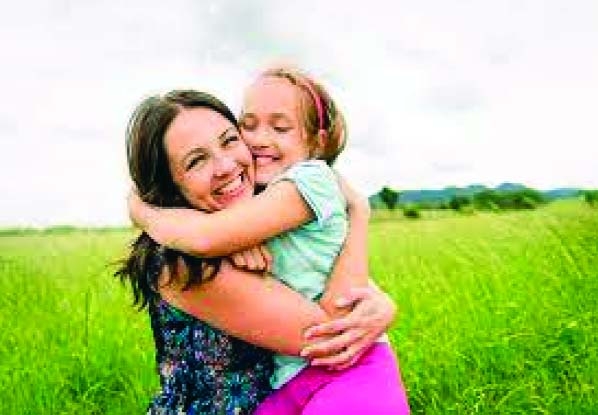 Our research team found several new insights into hugging, including:
1. Saturday is hugging day.
On average, participants in the study hugged about six times per day, but there were huge differences between people. While some people never hugged, the participant with the most hugs hugged 150 times.
Interestingly, the day of the week had a statistically significant effect on how often people hugged. The most hugs happened on Saturday (about 10) followed by Sunday (about nine hugs). The fewest hugs happened on Mondays, Tuesdays, and Wednesdays (about four each), while Thursdays and Fridays were in between (about six hugs).
2. Four is the magic number.
The research team also investigated how many people each person hugged per day. A high number of hugs could be achieved by hugging one person very often, or by hugging many people a few times.
Â
On average, people hugged about four other persons per day. Again, the differences between people were tremendous. Some people did not hug anyone during the seven-day period of the study while one participant hugged as many as 110 people.
Again, there was an effect of the day of the week. People hugged about six people on Saturdays and five on Sundays, but as few as two people on some weekdays. This probably reflects the fact that we have more times to meet friends and family on the weekends than during the week.
3. More hugs = better mood.
The research group also investigated the association between hugging, mood, personality, and feelings of loneliness. We found that people who hugged generally had a more positive mood. They also felt less lonely than people who embraced less.
It is important to point out that the study could not determine the causality of these effects due to the correlational study designs. Thus, hugging may lead to a more positive mood-but it could also be that people that generally have a better mood are more likely to get hugged by others.
Regarding personality, there was a negative association with neuroticism, a fundamental personality trait that reflects problems with processing negative emotions and a tendency to show feelings of anxiety, depression, fear, and anger, among others. Less neurotic people hugged more.
4. Singles benefit more from hugs than couples.
One of the most intriguing results of the study came from an analysis that included relationship status. My co-authors and I investigated the association between hugging and general life satisfaction but did not find any significant effects for the direct association.
However, this association was strongly affected by relationship status. While there was only a weak association for people in a relationship, there was a strong and positive relationship between hugging and life satisfaction for singles. Thus, in terms of life satisfaction, singles benefit more from hugging than people that have a partner.
Asked about the reason for this effect on social media, the first author of the study suggested that in couples there may be a generally higher amount of positive touch, so a hug may not add a lot on top. This, however, was not analyzed in the study.

(Sebastian Ocklenburg, PhD., is a professor for research methods in psychology at the Department of Psychology at MSH Medical School
Hamburg, Germany).