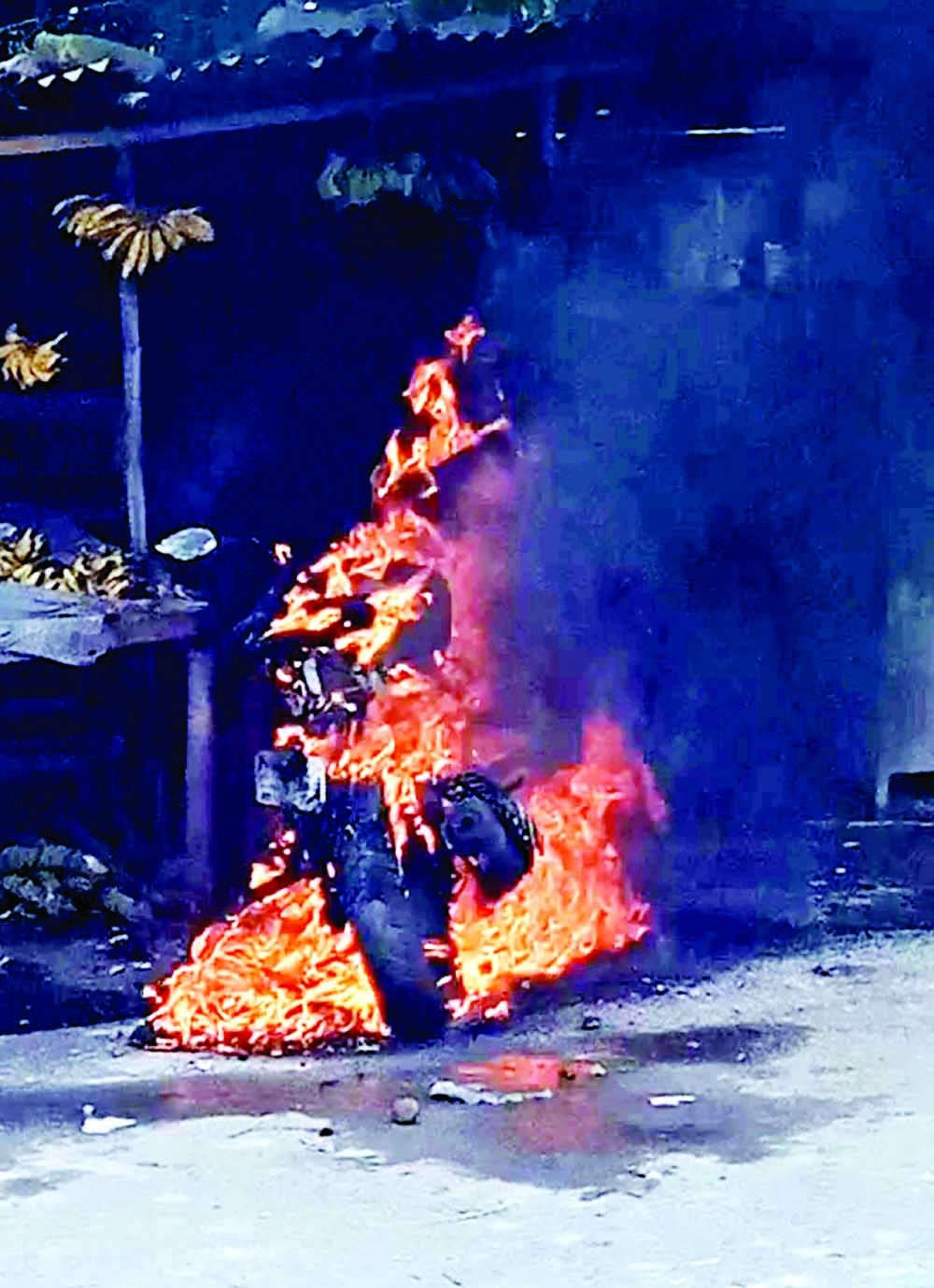 Staff ReporterÂ  :
A young man set fire on his motorbike in Rajshahi city on Monday noon after getting angry with an on- duty traffic sergeant.
The man was identified as Ashiq Ali (28), son of Kashiadanga police station in Rajshahi metropolis.
According to locals and police sources, traffic sergeant Qayyum was on duty at Court Hargram intersection in Rajshahi city in the morning. At about 1.30pm, Ashiq Ali was driving a motorcycle with his father through that area. At that time, sergeant Qayyum stopped his motorcycle and asked him to show the necessary documents.Â  But Ashiq Ali failed to show any document and begged time to bring documents from his home. But the sergeant did not listen to his request and seized the motorcycle.
Eyewitnesses said that sergeant Qayyum then proceeded to check the documents of other motorcycles on the road. At that time, Ashiq Ali went to his motorcycle and set it on fire.
Â Ashiq Ali was taken to the police custody following the incident.
When asked, Ashiq Ali said that he was sued three times after buying the motorcycle. Every time the motorcycle was detained for three to four days and I had to release it bike after paying penalty.
Rajshahi Metropolitan Traffic Division Deputy Police Commissioner Anirban Chakma said that the young man went to the intersection without taking documents of the motorbike around 1:30 pm. At that time, traffic sergeant Qayyum was in charge of that route. He got angry and got into an argument with the traffic when he asked for the vehicle papers. At one point, before realizing anything, he set fire to his bike. The fire was brought under control after informing the fire service.
An officer of the traffic department said, 'He can set his car on fire. But he has been brought to the traffic office for questioning and counseling as to why he did it. Necessary action will be taken in this regard.
Meanwhile, the video of the burning motorcycle went viral on social media.