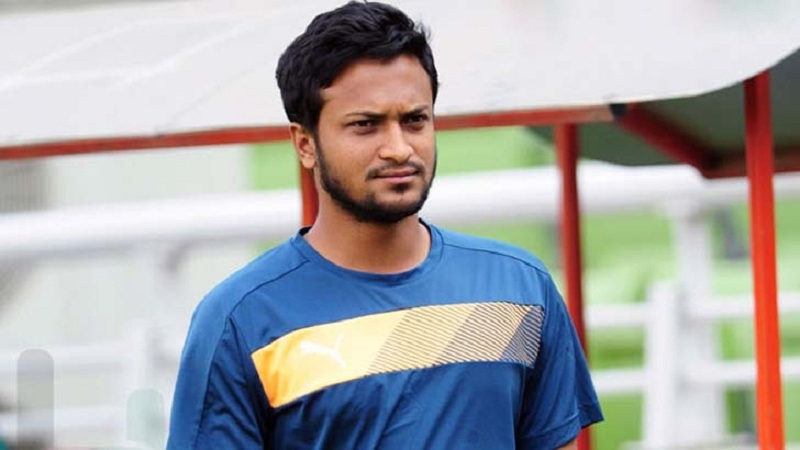 After much drama and speculations, the Bangladesh Cricket Board (BCB) on Saturday appointed Shakib Al Hasan as the captain of the Bangladesh T20I team.

The allrounder will now lead the Bangladesh team in the Asia Cup starting on August 27 in the UAE, and the T20 World Cup later this year which will take place in Australia.

After coming home Friday midnight, Shakib met Nazmul Hasan, the BCB president, Saturday afternoon. Following a meeting with Shakib and BCB president, Jalal Yunus, the chairman of the cricket operation of BCB said the allrounder has been appointed as the captain of the Bangladesh T20I team.

Shakib had signed a business contract with a news website called Betwinner News which is owned by a betting company.

According to the BCBâs regulation, no cricketer is allowed to contract with any betting company.

âShakib understood his mistake of contracting with a betting farm,â Jalal said. âHe thinks he was misguided to sign a contract with that kind of company. We have warned him so that he wonât repeat the same mistake in future.â

âItâs not right to compromise with a player who broke disciplines,â Jalal added. âBut since he said he would not make the same mistake again, we have appointed him as the captain for the interest of the team.â

In 2018, Shakib was banned by the ICC for the continuous contact with a proven book-maker and for not reporting corrupt approaches made to him to the respected authorities.

BCB also announced the squad for the Asia Cup. Sabbir Rahman, the right-handed batter, made a comeback to the national team. He played his last international match back in 2019. Mohammad Saifuddin and Nurul Hasan Sohan have also been added to the team.

Both Saifuddin and Nurul were suffering from injuries. While Saifuddin was out of the action for a long time, Nurul played his last match during the recent Zimbabwe tour of Bangladesh. However, Nurulâs inclusion is subjected to his full recovery from a finger injury.

Left-handed batter Parvez Hossain Emon has been added to the team too. He got his T20I debut on the Zimbabwe tour.

Liton Das, one of Bangladeshâs best batters in every format of the game, has been left out of the team due to a hamstring injury. His injury paved the way for Sabbir who was once considered the best T20 batter of Bangladesh.