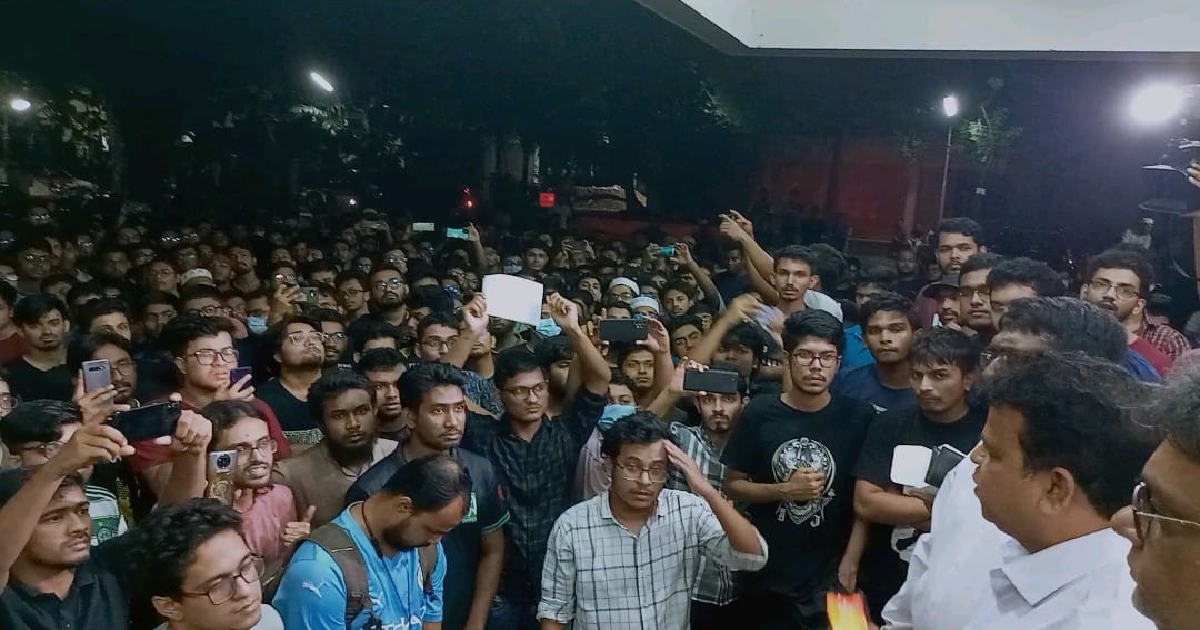 The students of Bangladesh University of Engineering and Technology (BUET) held a demonstration as some former leaders and activists of Bangladesh Chhatra League held a prayer session and discussion programme marking the National Mourning Day on the campus.

Earlier, former BCL leaders of BUET arranged a discussion and prayer seminar on the occasion of the upcoming National Mourning day at the seminar hall of BUET cafeteria around 5 pm under the banner of the Bangladesh Chhatra League that created discontent among the incumbent students.

The authorities banned political activities on BUET campus after the death of a student, Abrar Fahad, following torture by the leaders and activists of BCL in one of the universityâs dormitory.

They also addressed the leaders as the "killer" duringÂ  slogan.

Despite the prohibition of politics, the university administration gave permission to organise programs under the banner of political organizations. They also said that the BUET students would not tolerate this kind of negligence of the University authorities.

They questioned the role of BUET admission as they let such programme allow on campus.

"We want to know the position of BUET administration in thius regard and want clear-cut answers," it said.

Mentioning the brutal killing of Abrar Fahad, they voiced concern about resurrection of 'Students politics' in the BUET campus.

On October 11, 2019, the Bangladesh University of Engineering and Technology banned all sorts of political organisation and their activities on the campus, days after torturing its student Abrar Fahad to death by BCL leaders and activists on October 7, 2019.

Professor Mizanur Rahman, director of BUET's Student Welfare (DSW) said, "While taking permission, they said that they are ex-students, and they will arrange a reunion on the campus.

"If we had known that they were former leaders of BUET Chhatra League, then we would not have given permission," he added.