People suffer as AL rally brings Dhaka to a standstill 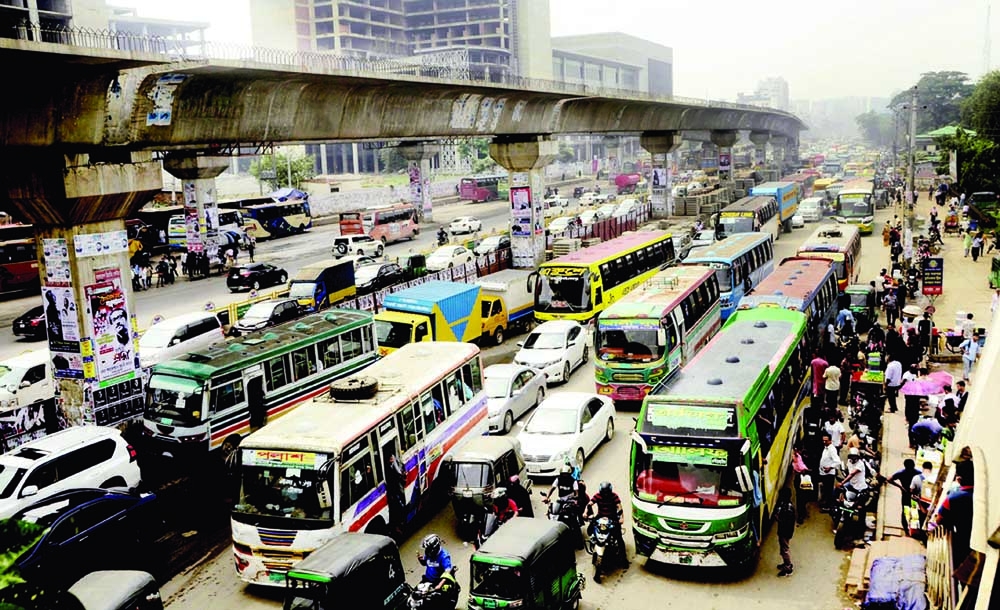 Huge traffic gridlock created across the capital city due to ruling Awami League\'s rally in front of the Institution of Engineers at Ramna on Wednesday. NN photo

Staff Reporter :
The city residents faced immense suffering on Wednesday as the traffic came to a standstill due to a protest march brought out by the Bangladesh Awami League.
Thousands of people flocked to the procession organised by the ruling Awami League on Wednesday (17 August), in protest against country-wide series of bomb attacks during the BNP-Jamaat tenure on 17 August 2005.
Due to the programme, hundreds of buses were seen parked nearest places of the venue - Engineers Institution, Ramna.
Visiting the Ramna, Segubagicha and Shahbagh areas of the city between 3pm and 6pm, most roads were seen blocked.
Hare Road - which one always sees the least traffic jam in the city also witnessed a huge gridlock.
"I had to drop one of my pillions even before the destinations, as policemen blocked the roads at Kakrail Masjid intersection," said a ridesharing motorcycle driver.
On "Traffic Alert" Facebook group, Dhaka resident Ishtiaq Ahmed wrote "Dhaka is different for today. I have never seen such gridlocks throughout Dhaka city."
When asked, several traffic officials declined to make any comment about the blockade and road diversion.