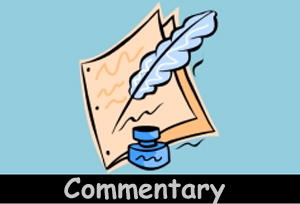 Editorial Desk :
Health authorities must ensure that the doctors they appoint deliver their duty as per the relevant service rules. Doctors' absenteeism at the workplace, especially in the rural areas, is a very old problem, but the sad truth is that the Health Ministry has never been able to fix this crucial public health problem persisting as usual. Even the prime minister's strong words failed to deliver in this regard.
Quoting sources of the Directorate General of Health Services (DGHS), a report of a national daily yesterday mentioned that many doctors remain absent without leave and continue to be paid by the government. Sometimes this leave continues to be as long as three months or more. As a result, patients do not get the necessary health care they are supposed to receive.
Currently, there are around 25,000 physicians engaged in hospital service under the health directorate. The daily report says that as of September 11, 161 doctors, mostly medical officers, were absent from the workplace. Another list of the monitoring team has a list of 300 absentee doctors. If this is how doctors remain absent, the public health service cannot be improved to a desired level.
The Health Ministry must be able to strongly deal with the doctors leaving their duty stations and fill the vacant posts quickly. Doctors absenteeism is not only a problem of the health centres located in the rural areas. Even in the public health facilities located in cities and towns, this depressing scenario is prevalent. Public doctors are often found more interested in serving patients in private places where the commission business is rampant than in the government health centres.
Obviously, these doctors have their graduate degrees from the heavily subsidised government-run medical colleges. In fact, compared to the private medical colleges,
the students in the public institutions spend almost nothing. But these truant and fleeing doctors seem to have no qualms of conscience as they do not feel morally obliged to serve the nation as an act of repayment as it bears all their education expenditure.
It is even truer for those doctors who go abroad on scholarships but captivated by the material prospects of life there, but no more return home. They even do not bother about submitting the resignation letters. The Health Ministry must be swift in its action to get rid of these irresponsible doctors.
The public health complexes in the rural areas are places where mostly the poor people go to receive health service and these places cannot remain vacant for a long period. However, for this the Health Ministry, or the health directorate to be precise, just cannot shy away from its responsibility. The department is the ultimate recruiting authority and it has to ensure that its appointed doctors are delivering the service in their places, and properly so.Â