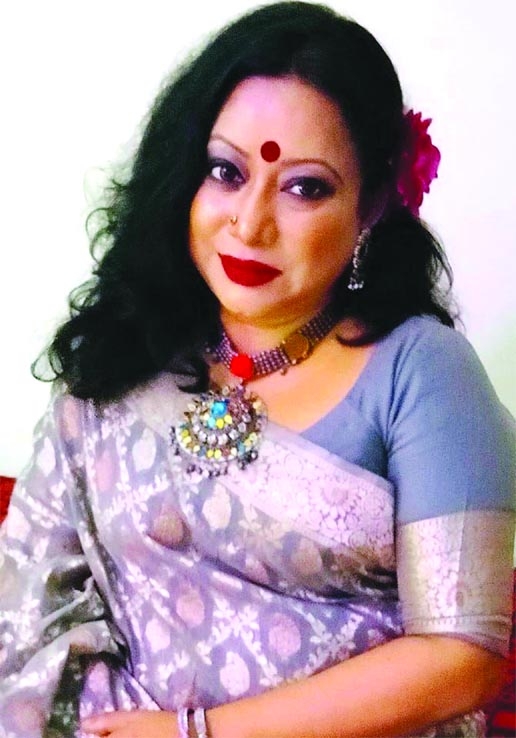 Entertainment Report :
Noted singer Alam Ara Minu always feels comfortable to render songs at the stage shows. Once she passed busy times to perform in stage shows round the year in and outside the country. Now number of her stage performance is reduced but she has a lot of love for rendering songs on the stage. So, she when she gets offer to perform on the stage, she never disagrees. As a part of its continuation, Alam Ara Minu will perform at Dr Nilima Ibrahim Auditorium of Bangladesh Mohila Samity in the capitalâs Bailey Road area on September 23. She will perform on the stage on that dayâs event titled âSundor Swarnali Sondhai,â which is to be organised by Tarana Sangskritik Bikash Kendra, at 5:30pm. She will render her favourite songs and what the audience will request her in the show, said the singer yesterday. Â
While talking in this regard, Alam Ara Minu told this correspondent, âI am a singer, so I always want to remain close with them who like music. Remaining close to the audience, there is no other option except stage show. In stage show, a singer can easily relate what the audience wants to listen from the singer. The singer can know the audienceâs choices regarding stage performance. I will perform at the event âSundor Swarnali Sondhaiâ on September 23. I have taken own preparation to perform in the show. I hope audience will enjoy my performance.âÂ  It is noted that Alam Ara Minu recently render a song titled âBongokonyaâ to dedicate the Prime Minister Sheikh Hasina.