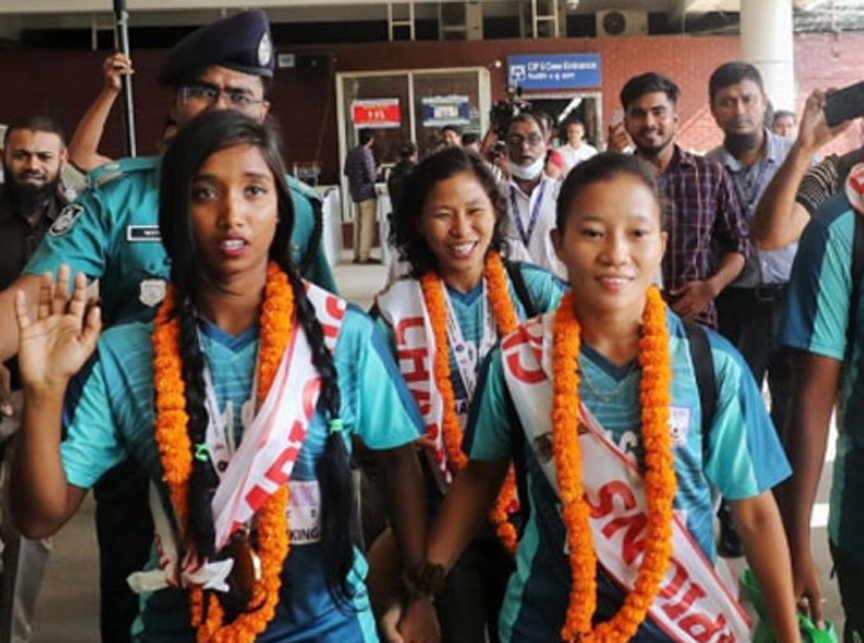 Allegations have surfaced that members of the SAFF Championship-winning Bangladesh women's football team have had their luggage broken into and money stolen at the Dhaka airport after their return from Nepal. Airport authorities say they are investigating the matter.

Footballer Shamsunnahar told several media outlets that money, including US dollars, worth around Tk 250,000 was stolen from her bag. The locks on the luggage of several other footballers were broken, reports bdnews24.com.

The team says the theft may have occurred at Hazrat Shahjalal International Airport. Biman Bangladesh Airlines is responsible for handling luggage at the airport.

âWe have asked the relevant department to see whether there has been a formal claim,â said Tahera Khondker, Bimanâs general manager of public relations.

Inspector Aslam Uddin Molla of the Airport Police Station says no one has lodged a complaint with them about the issue either.

âIf a passenger does not receive their luggage, or it is lost, passengers have to make a complaint to their airline. If a case needs to be filed, the police station is informed.â

The teamâs coach, Golam Rabbani Choton, told bdnews24.com that he had heard claims that Shamsunnahar and Trishnaâs bags were cut open and dollars were stolen.

However, he could not confirm how much money was stolen.

Attempts were made to contact the players on their mobile phones, but they were switched off.

APBn Additional Superintendent of Police Ziaul Haque, on duty at the airport, said he had heard reports that money was stolen from playersâ luggage.

âWe have started an investigation based on these reports. We are prioritising it.â