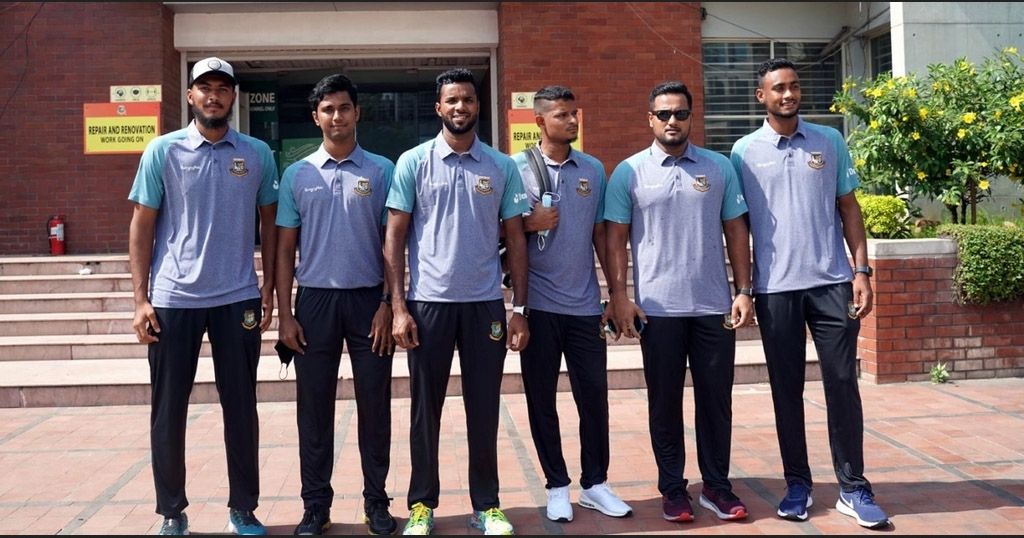 Some members of Bangladesh T20 Cricket team pose for a photo session in Dhaka on Thursday. Agency photo