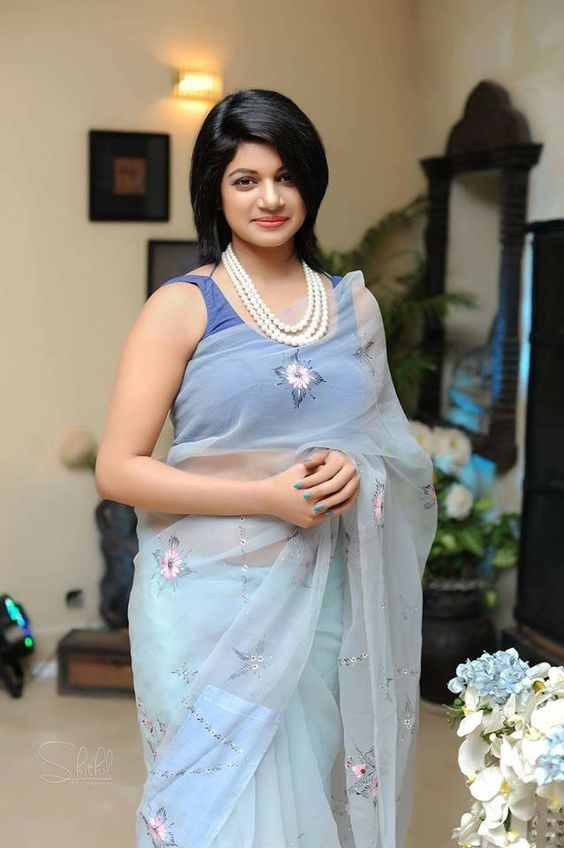 Sheikh Arif Bulbon Â  :
Many actors cannot get the opportunity to play in their dream roles in the long time career of acting. During end stage of their ages, their dissatisfaction remains in this regard. But in case of celebrated actress Sohana Saba it happened exceptionally. Noted actress Aruna Biswas directorial government granted movie âAsombhob,â which story is based on Jatra industry, has been made recently where Sohana Saba played the central character.
Saba informed that she has already completed shooting of this movie. Yesterday she was in Rajbari. From there she talked with this correspondent over mobile phone. Sohana Saba told this correspondent, âIt is really luck for me to get the opportunity to act in respected Aruna Biswas Didi directed her debut movie âAsombhob.â We, who are acting regularly, have some dream characters. It is my dream role which I played in the movie 'Asombhob.' For this reason, during shooting I really enjoyed acting. Therefore, I got Aruna Didiâs mother in this movie. Earlier, I had experience to work with her in a drama serial. This time I got the scope to share the screen with her in movie - it is also a great luck for me. Aruna Didi didnât compensate for making this movie. We were taking part in the shooting at graveyard it looked like a real graveyard. But it was done under making a set before shooting. For this reason, after working in this movie, I have felt that âAsombhobâ is a full-fledged movie. I am hopeful about this movie.â
Meanwhile, Sohana Saba has already finished shooting of Afzal Hossain directed movie titled âManik er Lal Kakra.â According to Saba, she agreed to act in this movie because it was directed by Afzal Hossain. In the silver screen, in the beginning of her career, Sohana Saba got Ferdous as her co-actor. She learnt many things about acting from Ferdous. In the beginning of her acting career, she got many noted and talented directors and producers. For this reason, she could develop her acting skill. So, todayâs Sohana Saba is a full-fledged actress in case of acting, said Sohana Saba.
It is mentioned that Kobori directed âAyna,â Morshedul Islamâs âKhela Ghorâ and âPriyotomeshu,â Murad Parvezâs âChandragrahanâ and Saif Chandanâs âAbbasâ are Sohana Saba starrer her mentionable movies.Â Â Â Â Â Â