Niloy, Heme first time to pair up for web story 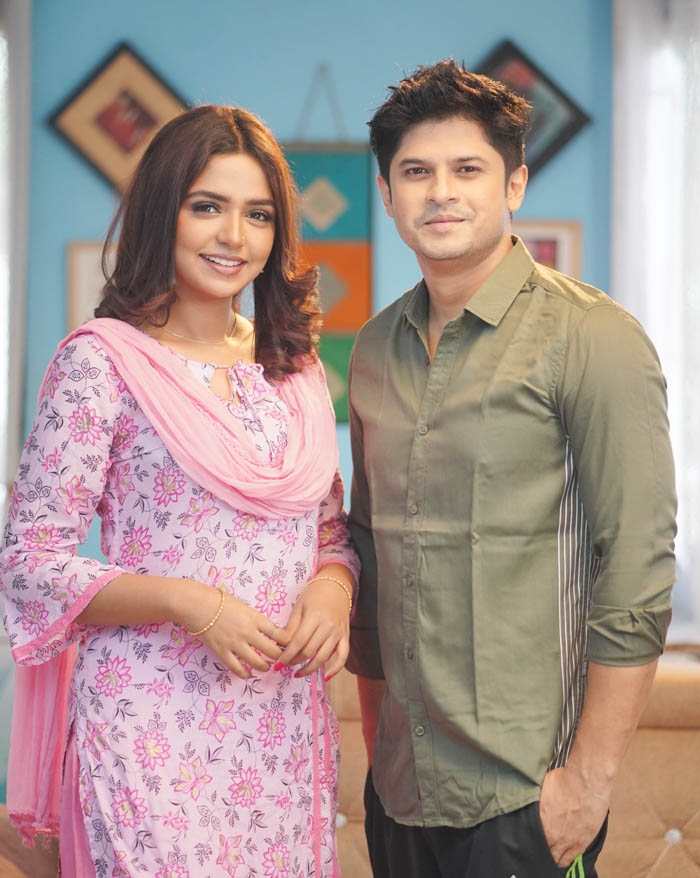 Entertainment Report :
Niloy Alamgir and Jannatul Sumaiya Heme has already become a popular pair of the small screen of present time among the viewers by virtue of presenting some good works. This time they are going to work s a pair in a web story, which will be made by promising music video maker Mahin Awlad. Earlier, under Mahin's direction, Niloy and Heme performed together in a music video.
For the first time, they are going to work in a web story titled 'Poran Pakhi,' which will be produced by Dhruba Music Station. Director Mahin Awlad informed that shooting of this web story will be held at Film Valley in Manikganj on October 6 and 7. Director Mahin is very much excited and he is taking necessary preparations in this regard.
Niloy Alamgir said, "Earlier, I had experience to perform as a model in Belal Khan's song's music video. For the first time, under Mahin's direction, I am going to work in a web series. As it will be his first work with a web story, so that Mahin is serious about its making. I have already meeting with him for several times and Mahin has shared his planning with me regarding making the web series. I have also given my opinions to him. Now we are waiting to start its shooting. Working with Heme one after another has already made us a popular pair on the small screen's viewers. After making 'Poran Pakhi,' when it comes to air, I believe viewers will enjoy this."
Heme shared her feelings by this way, "Earlier, Niloy and I performed as models in music video of Belal Bhai rendered the song titled 'Keno Aj.' This song was released few years ago and we got positive response for this. Mahin had made the music video so nicely. For the first time, we are going to work under his direction for a web. He is optimistic about the work. Niloy Bhai and I are also hopeful about the work. I hope something better will be done."
Story of 'Poran Pakhi' is written by director Mahin Awlad. Scripts and dialogues were written by Ferari Farhad.Â