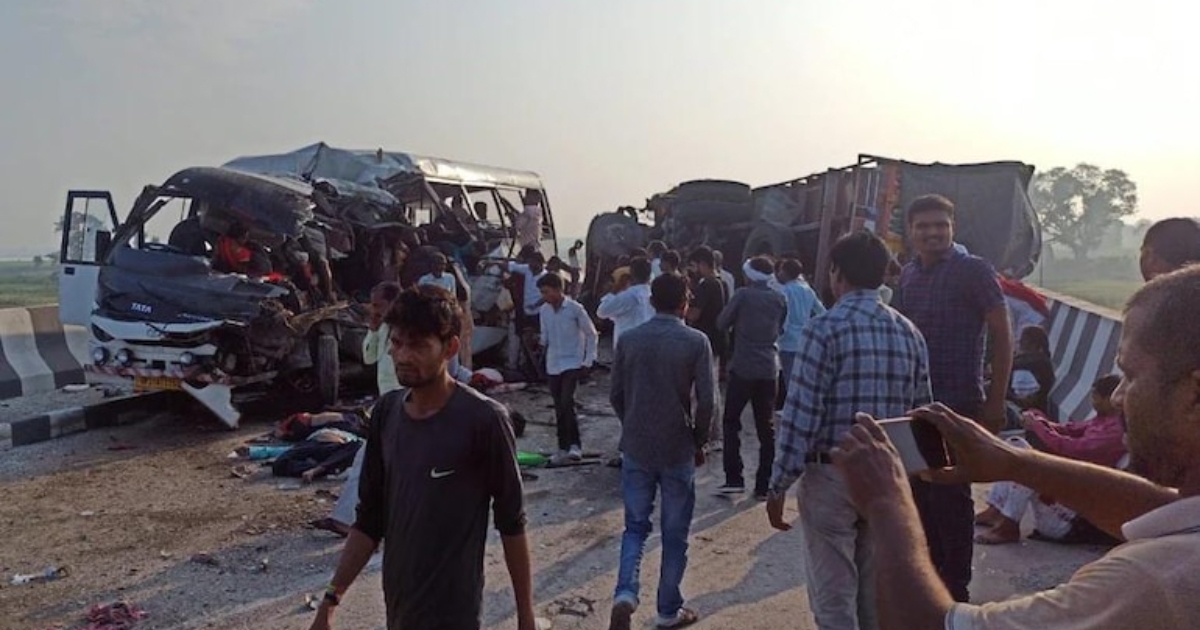 At least eight people were killed and more than 25 others injured in a head-on collision between a bus and a truck in the northern Indian state of Uttar Pradesh Wednesday.
The accident occurred in Lakhimpur Kheri district, some 130 kms from state capital Lucknow, this morning.
"The Lucknow-bound bus carrying some 40 people crashed into the truck coming from the opposite direction in the Isanagar area while trying to overtake another vehicle," a police officer told the local media.

The impact of the crash left eight passengers dead on the spot. "The injured were rushed to a local government hospital. Those critically hurt have been referred to a better medical facility in Lucknow," he said.

State Chief Minister Yogi Adityanath took to social media to condole the deaths and ask officials to ensure proper treatment for the injured.

"A probe has been ordered into the accident," the police officer said.

Road accidents are common in India, with one taking place every four minutes. These accidents are often blamed on poor roads, rash driving and scant regard for traffic laws.

The Indian government's implementation of stricter traffic laws in recent years has failed to rein in accidents, which claim over 100,000 lives every year.