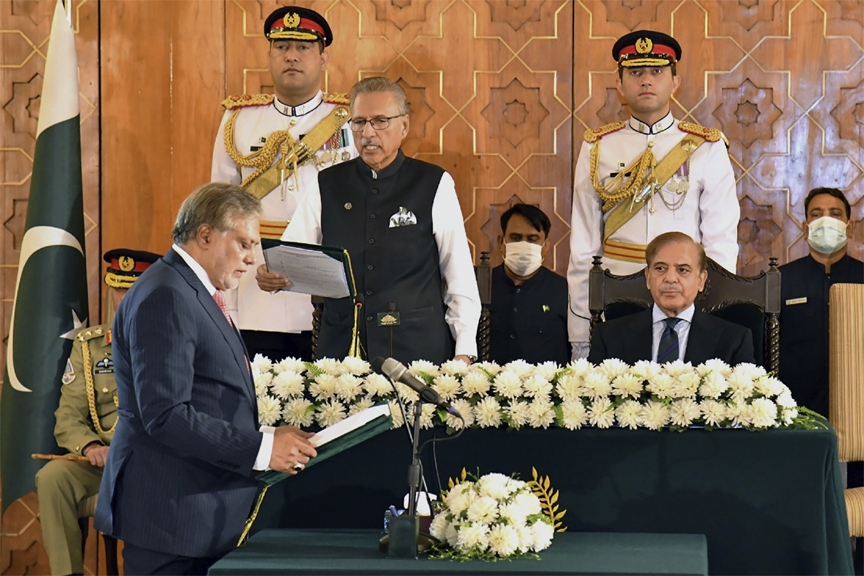 Pakistan appointed a new finance minister on Wednesday, as the impoverished Islamic nation struggles to recover from an economic crisis worsened by deadly floods.

Ishaq Dar, a senior figure in the ruling Pakistan Muslim League party, has been finance minister three times, and he is credited with overcoming economic turmoil during his previous stints in the role.

His challenges will be to convince the International Monetary Fund to soften some of its conditions under which Pakistan received a $6 billion bailout in 2019 and to deal with the economic devastation caused by unprecedented flooding.

He will also have to tackle a sharp rise in inflation and stabilize the rupee after it plummeted to a record record low of 240 against the U.S. dollar last week.

Dar's appointment comes as Pakistan struggles with the aftermath of historic flooding, which has killed 1,663 people, affected tens of million others, and left hundreds of thousands homeless. The government has estimated losses of $30 billion.

He was sworn in during a brief ceremony attended by President Arif Alvi and Prime Minister Shahbaz Sharif.

On Tuesday, Sharif praised Darâs predecessor, Miftah Ismail, for playing a key role in averting a possible default because of his brilliant handling of the ministry in recent months.

Dar, an accountant, faces a corruption case and he briefly appeared in an anti-graft court on Wednesday. âI was implicated in a fake case," Dar told reporters.

He returned to Pakistan on Monday after five years of self-exile in the UK, saying he had been unable to return because the former administration, led by Imran Khan, had canceled his passport.

On Wednesday, Dar said that as finance minister he had averted a possible economic crisis after 1998, when the international community imposed sanctions on Pakistan for conducting nuclear weapons tests.