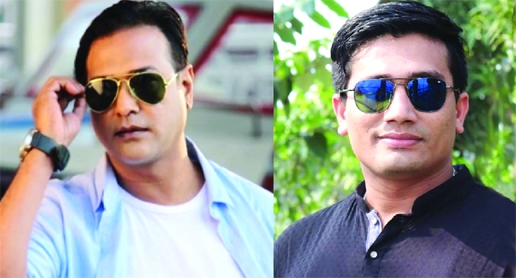 Entertainment Report :
Popular singer Asif Akbar has released his new original song titled âMoon Foroonâ recently.
The song was released on the Facebook and YouTube channel
of the production company, Chhobighar Films Official.
The song âMoon Foroonâ was written by Polin Kawsar and composed by Sheikh Mohammad Rezwan. While talking about the song, Asif Akbar said, âThis was the first time I sang to Polin Kawsarâs lyrics. This song has a very different feel. Hope everyone will like it.â The music video was also directed by lyricist Polin Kawsar and features Sajjadur Rahman Shuvo. Sajjad said, âI enjoyed the whole shoot very much. Polin Kawsar is very talented and I am happy and grateful to be able to start my career with a song by the legendary Asif Akbar Bhai.â