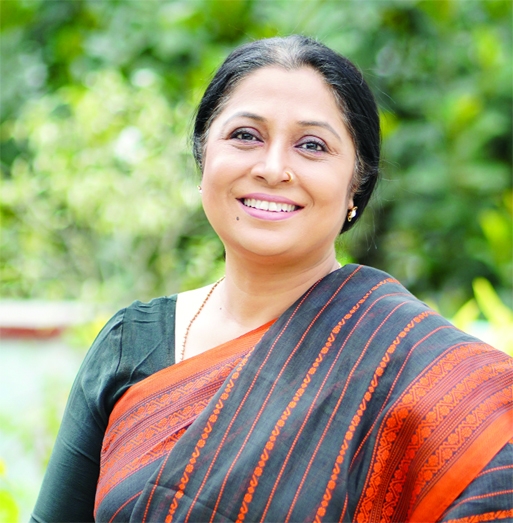 Entertainment Report :
Saberi Alam is a noted actress of the country. In television dramas, she is an outstanding actress in role of mother. Saberi Alam has already finished shooting of Akash Ranjan scripted and directed a drama titled âMayer Doaâ where she as usual played the role of mother. Besides giving direction, Akash Ranjan
has also acted in this drama.
While talking about acting in this drama, Saberi Alam told this correspondent, âEarlier, I had experience to act under Akash Ranjanâs direction. After a gap for many days, I have acted in this drama. I have really enjoyed acting in this drama. Though it was a drama without script but Akash Ranjan has kept this thing in his mind. For this reason, he gave us full instruction about acting and also regarding script of the drama. Before standing in front of the camera, we took part in the rehearsal for the drama. We had to improvise some dialogues during shooting. Unit of Akash was cordial. Overall, it has become a nice work. I hope viewers will enjoy the drama. I hope in future I will work with Akash.â
Director Akash Ranjan informed that this drama will be aired on Boishakhi TV soon.Â  Meanwhile, Saberi Alam has also acted in another drama directed by Preeti Dutta. Niloy Alamgir and Jannatul Sumaiya Heme acted with Saberi Alam in this drama.
Saberi Alam is now acting in Hasan Rezaul directed drama serial âMaa Baba Bhai Bon.â Saberi is waiting to get release date of movie titled â1971 Seisob Din,â which was directed by Hridy Haque. Saberi played a pivotal role in this movie. Previously, Saberi Alam starred movies âEkti Cinemar Golpo,â âRajneeti,â etc were released. But Saberi prefers to act in television dramas rather than acting in cinemas, said the actress.Â Â