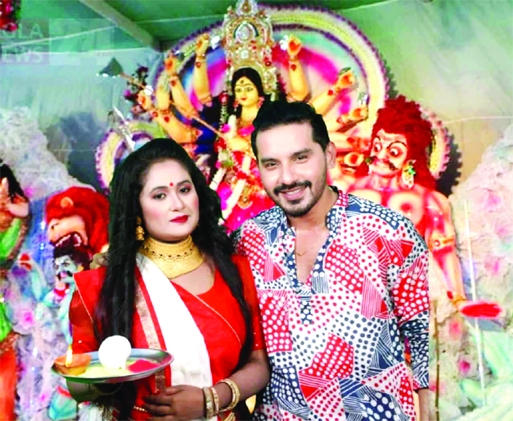 Entertainment Desk :
This time a love story between Imtu and Priyanka has taken place. They are getting married right after the festival of Durga Puja. Even though not in real life, this is what is going to happen in the cover musical film titled Anyo Rokom Pujay directed by journalist and actor Ahmed Sabbir Romeo, said a press release. Asaduzzaman Azad was the DOP of this musical film and make-up was done by Selim. Apart from Imtu and Priyanka, film director Monir Hossain Mithu and Monika are also acting in this musical film.
According to the director Mithu, this musical film will be released on Durga Puja on the YouTube channel, Priyanka Vision.