No one seems to oversee deaths in waterways 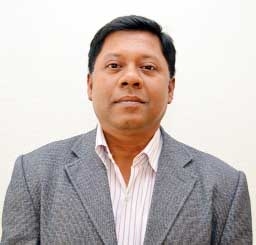 Dr Matiur Rahman :
Bangladesh is a riverine country. Millions of people in the country depend on rivers for their livelihood. Apart from this, one of the means of transportation for most of the country's people is the waterway. About one-third of the country's people choose river routes for travel due to their relatively low cost and convenience. But this safest and most comfortable mode of travel has become as unsafe as road travel. Marine accidents happen, and thousands of people are killed and injured in these accidents regularly.
Another tragic naval accident happened recently. Around 60 women, men and children died when an engine boat sank in the Karatoya River in Boda Upazila of Panchagarh. Last Sunday (September 25), in the afternoon, on the occasion of Mahalaya, Sanatan religious people from Panchpir, Boda, Madea, and Banghart areas were going to Badeshwari temple by boat to offer pooja. There were extra passengers on the boat at that time. Because of this, the boat sank under the pressure of the passengers after reaching the middle of the river. While some people managed to swim to the shore, most passengers still missed.
According to the Directorate of Fire Services and Civil Defense data, 4,791 marine accidents have occurred in the last seven years in the country. 4,238 people lost their lives in these accidents. Another 2,714 people were injured. About 54 percent of the accidents on the waterways involved collisions with other vessels. The casualties were due to inclement weather, carrying excess passengers, ruptured launch floors, mechanical faults, fires and explosions. Most of the naval accidents happened in the Dhaka division.
Experts say that all drivers and passengers should be aware to prevent marine accidents. Many accidents can be prevented if drivers said carefully. Collision with other ships, excess passenger transport, and launch operation in hostile weather are some of the causes of boat accidents identified. There are also man-made mistakes, poor sea routes, port management etc., for fatal naval accidents.
In addition, there are accidents on the waterways for various reasons, including issuing survey certificates and route permitsfor risky launches, excess passengers and incompetent drivers. Boat owners and drivers are playing with the lives of many passengers with default engines or bodies as there is no monitoring system, even in launches like bus transportation.
Many opined that the journey through waterways is becoming risky daily due to fear of accidents, negligence, corruption and lack of proper planning and monitoring. It became apparent again through last Sunday's boat accident. It is impossible to ensure even the slightest rules and regulations prevent accidents, and there is no answer to such a big failure.
How many boats are in the country, whether these water vehicles are fit or not,Â  the technical causes of the accidents still are the question to know? The fitness license given to the boat is not also ensured. Sometimes drivers of these boats do not have any route permits or licenses. Safety equipment is not available in these boats. Sometimes it was not assessed whether the boat was suitable for passenger transport. So, can such a large communication sector continue daily with so much negligence and indifference?
But it cannot be said that the government alone is responsible for this accident. So many passengers who got on the boat should also be aware of the capacity of the boat! It is unknown whether the driver agreed to carry many such passengers. A large number of people who were there can also stop them while carrying extra passengers.So, it is our lack of awareness and education.
After every accident happens in the country an investigative committee is formed. Every investigation committee makes some recommendations to identify the causees of the accident, identify the persons responsible for the accidents and make some recommendations to prevent such accidents in the future. But unfortunately, no action can be visible according to those recommendations.
It is known that a draft law named the 'Inland Navigation Act, 2021' is stuck in the making. Section 73 of the draft law provides for a maximum penalty of imprisonment of up to five years or a fine of three lakh taka or both in terms of offences and penalties. Section 80 of the Act also makes directors of companies responsible for related accidents and punishes them. But the law has not been finalized yet.
It has become necessary to protect people's lives by adequately implementing the recommendations given by experts at various times to prevent all kinds of accidents, including marine accidents. Otherwise, it appears that the march of death will not stop. So we expect that the appropriate authorities will look into this immediately.

(The writer is a researcher and
development worker).