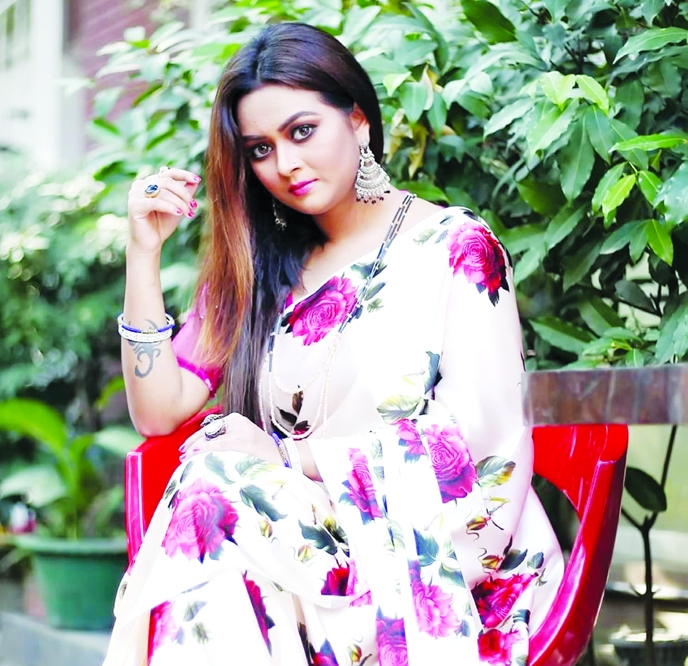 Entertainment Report :
On the occasion of Durga Puja, Bangla Universal Society Singapore organises
a five-day cultural programme at Beauty Road in Singapore where promising Bangladeshi singer Himadrita Parna is performing. Parna is performingÂ  at the event from Shasthi to Dashami of Durga Puja. The singer Parna told this correspondent from Singapore yesterday. Â
Besides Parna, Kakoli Bhattacharya and many artistes from other countries are also performing at the event.
Himadrida Parna is now staying in Singapore and she is attending the event. She has also planned to perform on the Diwali (Deepaboli) festival in Singapore.
While talking in this regard, Parna told this correspondent, âI had planned to celebrate Durga Puja outside the country any year. Before corona pandemic, I performed in Singapore. People of that country enjoyed my performance during that time. I am very much delighted to comne here because I got the scope to perform in Singapore ongoing Durga Puja occasion. It is also a great achievement in my life. From Shasthi to Dashami of Durga Puja, I have been performing here and I have planned if possible I also want to perform in Diwali Utsab here.â Â
Himadrida parna is a familiar face on television and on the stage. The singer recently released a music video titled Mayay Bedhechho on YouTube. Jahid Akbar wrote lyrics of the song, while Dolon Moinak composed its tune. Dolon has also gave direction of its music. In the music video, Himadrita Parna shared the screen with Emon.
Therefore, Parna has recently lent her voice for the playback song titled Praner Prodeep for the movie titled âRadioâ directed by Anonno Mamun, said the singer.