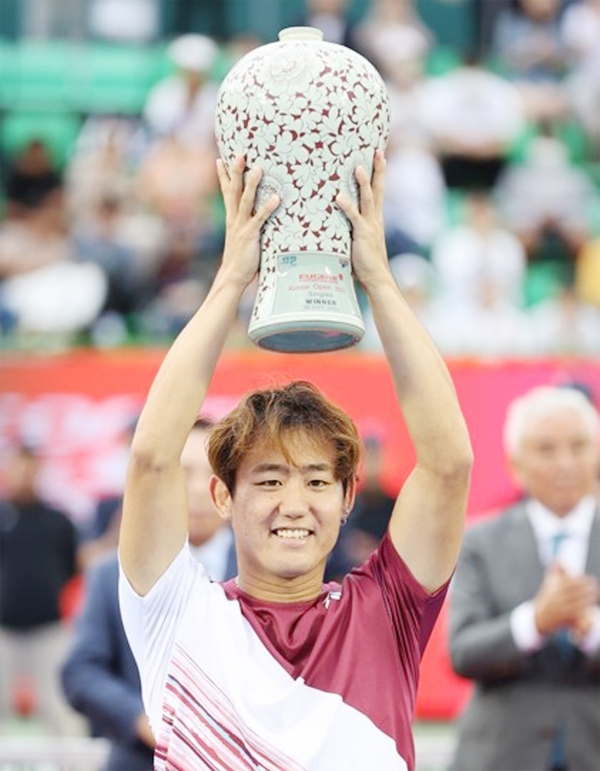 AFP, Seoul :
Yoshihito Nishioka stunned fourth seed Denis Shapovalov 6-4, 7-6 (7/5) to win the Korea Open on Sunday for his second ATP title.
The Japanese player is set to rise to a career-high 41 after adding the Seoul crown to his triumph at the 2018 Shenzhen Open in China.
Nishioka defeated world number two Casper Ruud on the way to the final and he was neck-and-neck in the first set against Canada's Shapovalov, until he broke in the 10th game to take the first set.
Shapovalov, who was also chasing a second title, took the upper hand early in the second set.
But the 27-year-old Nishioka bounced back, levelling the set and then powering on to win the match and the title on the tie-break.
Nishioka also toppled fifth seed Dan Evans earlier in the tournament.
"I feel amazing, two titles is great for me," he said.
"I was actually very excited to play here and I think that was good for my performance. I had a great time here."
Japan's top men's player will next participate in the Japan Open in Tokyo this week.