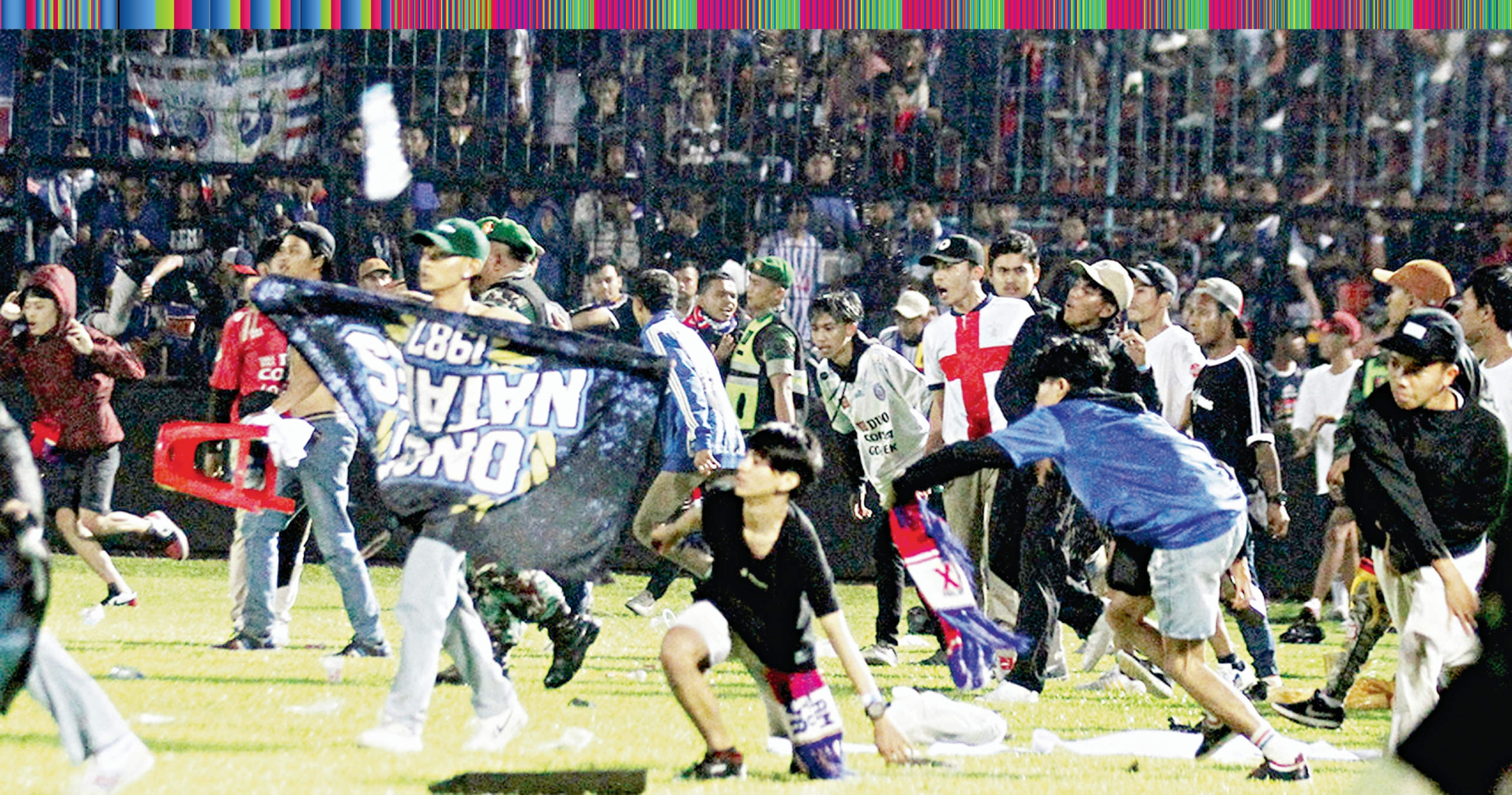 News Desk :
At least 174 people have died and more are being treated for injuries following a stampede at a football stadium in Java, Indonesia, on Saturday night, according to media reports. Â
The match was between two of Indonesia's biggest teams, the rival Javanese clubs Arema and Persebaya Surabaya. Following Arema's defeat, its supporters ran onto the pitch - leading the police to open tear gas in an effort to disperse the crowds, according to the reports.
The tear gas, in turn, led to a stampede as people tried to flee the scene. Only 34 of the victims died in the stadium, while the rest died while being treated for injuries in the nearby hospitals later on, the reports said. Two police officers were among the victims. Police cars were set on fire near the stadium and one was seen on the pitch, flipped on its side.
"Chaos, overcrowding, trampling and suffocation" were among the causes of death, according to the head of the Malang Regency health office, Wiyanto Wijoyo, cited by media.
Indonesia's chief security minister said the crowd exceeded capacity, with 42,000 tickets issued for a stadium with capacity to hold 38,000 people. The country's football league will be suspending play for a week while authorities investigate the incident, according to the reports.
Meanwhile, Indonesia President Joko Widodo has instructed National Police Chief General Listyo Sigit Prabowo to conduct a thorough investigation into the football tragedy.
"Specially to the Police Chief, I ask for a thorough investigation and probe into the case," the President said while delivering a press statement at Bogor Presidential Palace, West Java Province, on Sunday.
The President expressed his deep condolences over the tragedy that occurred after the League 1 football match between Arema FC of Malang and Persebaya of Surabaya.
He also ordered Minister of Youth and Sports Zainudin Amali, General Chairperson of the All-Indonesian Football Association (PSSI) Mochamad Iriawan, and National Police Chief General Listyo Sigit Prabowo to thoroughly evaluate the implementation of the football match and the procedures in securing the match.
Â Jokowi also ordered PSSI to temporarily suspend the League 1 until the evaluation is completed and security procedures are improved.
"I regret that this tragedy occurred and I hope this is the last tragedy of football in the country. There should not be another humanitarian tragedy like this in the future, " the President said.
Arema FC supporters at Kanjuruhan Stadium stormed the pitch after their team lost 3-2 to Persebaya. Police responded with tear gas that triggered a stampede.
East Java Regional Police Chief Inspector General Nico Afinta in a press statement on Sunday morning, said that Arema FC supporters were disappointed and so they stormed the pitch to look for players and officials.
According to Nico Afinta, the tear gas was fired because the angry supporters could endanger the football players and officials.
"Because of the tear gas, they rushed to an exit point and triggered a stampede as they suffered shortness of breath, lack of oxygen," Nico Afinta said.