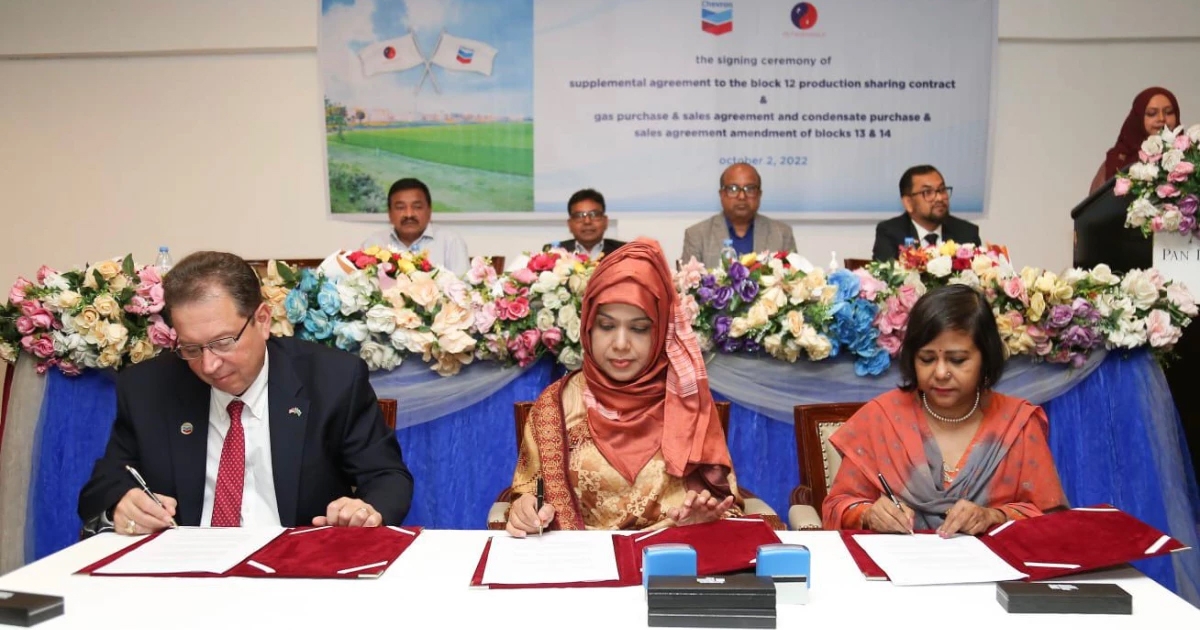 Chevron Bangladesh has signed several agreements with the Energy and Mineral Resources Division and also with state-owned Petrobangla to drill more wells at the expanded Bibiyana gas field.

So far, Chevron has dug 26 wells at the Bibiyana gas field. It will begin drilling the BY-27 development well in 2023 in the extended area.

The multinational energy corporation also plans to drill the BY-28 infield well later, Nazmul said, adding that a significant amount of gas is expected to flow from the field.

Chevron is now producing around 1481.3 million cubic feet of gas per day from three gas fields â Bibiyana, Jalalabad and Moulvibazar â about 60 percent of the country's total gas production. It has also been producing more than 80 percent of the total condensate production.

Earlier, the government approved Chevron's proposal to allow it to add a 60-square-kilometre "flank" area outside its existing contract zone in the north of the Bibiyana gas field.

The approval came last month when the US oil giant celebrated its 25 years of operations in Bangladesh.

The newly extended area will be drilled under the same production sharing contract now applicable for the three gas fields, said the Energy and Mineral Resources Division officials.