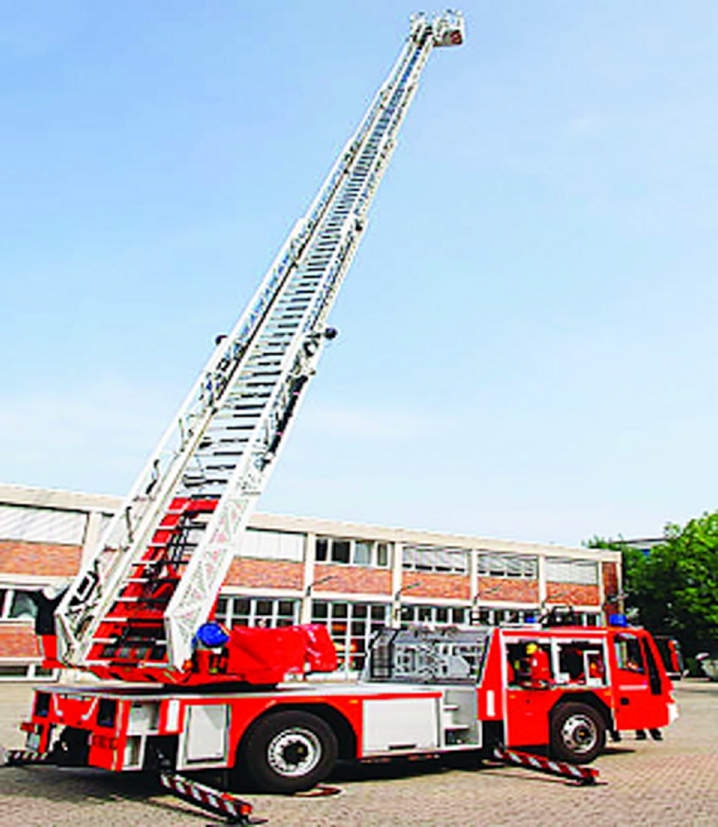 The highest height ladder in the world is being added to the Chattogram Fire Service Chattogram Fire Service and Civil Defense Department is getting world's highest height ladder (turntable ladder).
24-storey building can be extinguished with this ladder. On Sunday, two ladders were officially inaugurated at the headquarters of the fire service in Dhaka. Â
Three more such ladders will come. One of these will be given to the Chattogram office. Director General of Fire Service and Civil Defense Directorate Brigadier General Md Mine Uddin confirmed the matter to the media.
It is known that the German-made ladder is powered by a 34-tonne four-stroke diesel engine. Fire services in China, Singapore, Thailand, Vietnam, Turkey and European countries are using this ladder to put out fires. The turning radius of this ladder with 300 liters of fuel capacity is 41 feet and the aviation angle is minus 10 to plus 75 degrees.
1 thousand 800 liters of water, 200 litres of foam can be kept in the car with each ladder. Three people can climb on the basket of the car and do the work of extinguishing the fire.