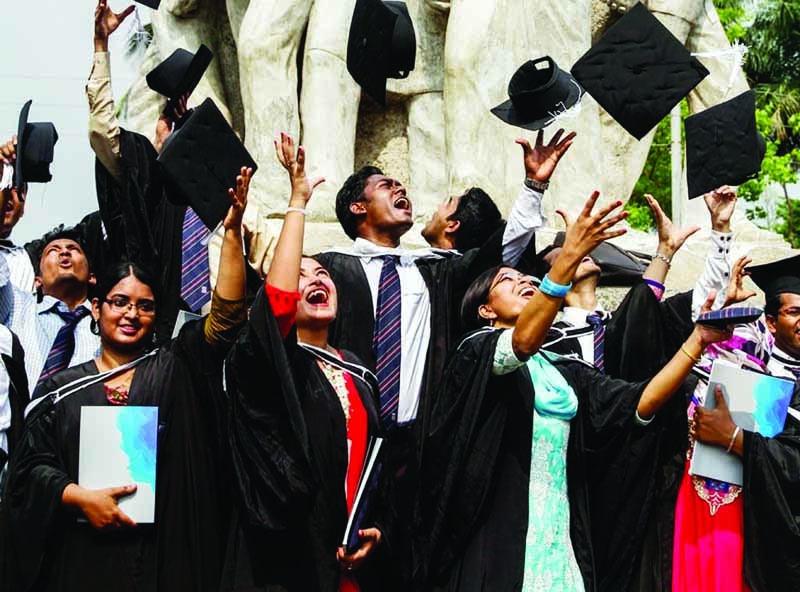 A number of Bangladeshi universities and medical colleges are set to join an education conference in Dubai next week in their efforts to draw students from the UAE and other Middle Eastern countries, organisers said today.
They said education minister Dr Dipu Moni and deputy education minister Mohibul Hassan Chowdhoury would deliver keynote speeches in the three-day Bangladesh Education Forum conference to be launched in Dubai on November 4.
"Bangladesh is soon going to emerge as an alternative higher education destination," Chowdhoury was quoted as saying in a statement by Pan Asian Exhibition LLC, which stages the event.
The junior minister added that thousands of foreign students were currently studying in various universities and medical colleges in Bangladesh and "that is adding to the growing remittance inflow in to the country".
According to the statement, the event is being supported by Bangladesh's education ministry, University Grants Commission, American International University-Bangladesh (AIUB) and Association of Private Universities of Bangladesh (APUB).
The organizers, quoting a research report, said by 2025, Bangladeshi universities, medical, dental and general colleges were expected to serve 4.6 million students and with an average annual cost of US$1,000 per year.
"This translates to a higher education market size of US$4.6 billion in Bangladesh," the report suggested.
Bangladesh's higher education sector appears to have emerged as one of the largest in the world with 163 universities, 115 medical colleges and more than 2,500 general and specialized colleges.
"They (universities and colleges) are now ready to attract international students and offer good quality cost-effective education to the students living in the Middle East," the statement said.
It said more than 30 million students were now groomed by the country's education sector every year - making it one of the largest education services industries in the world.
The organizers said Bangladesh Education Forum 2022 was the first of its kind conference and exhibition to promote higher education in Bangladesh to foreign students, to be joined by university owners, academics including vice-chancellors and education consultants, among others.
They said until years ago Bangladesh was a student exporter to major education destinations like the UK, the USA, Canada, Australia, Malaysia and India but now it became a student importing nation because of its quality education at a very affordable price.
Most foreign students are coming from a number of African, Middle Eastern and South Asian countries.
"Bangladesh Education Forum will strengthen the country's reputation as an alternative destination for good quality and cost-effective education, help re-position Bangladesh in the global education map and boost education tourism," Chowdhoury said on the eve of the conference.