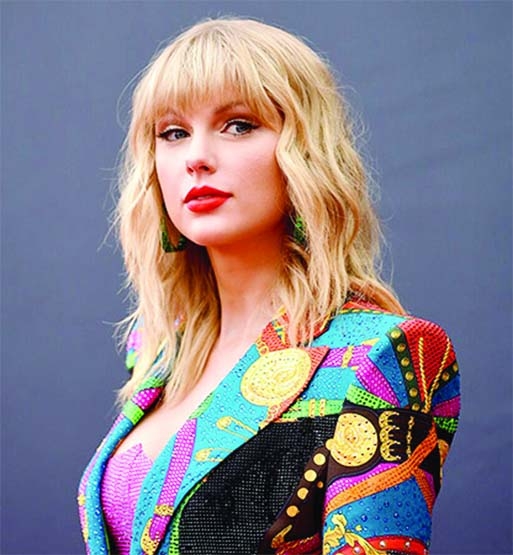 Last month, Taylor Swift kept fans up with her 12 a.m. debut
of 'Midnights,' her 10th and latest album. Three hours later, the
pop star - who has a penchant for surprising fans - dropped seven extra tracks in a deluxe version aptly titled 'Midnights (3am Edition).'Â  The sleepless night - mirroring the ones she croons about on the record - paid off. âMidnightsâ turned Swift into the first artist to snag every one of the top 10 slots on the Billboard Hot 100 chart, all with songs from the 13-song album.
It is a previously unheard-of, tremendous achievement for any artist, experts told The Washington Post. Amid the music industryâs changing ecosystem in the age of streaming, the feat could only be pulled off by someone who brings to the table exactly what Swift does: an established stardom, a loyal fan base, a savvy social media strategy and a relentless marketing machine.
âThis was just a really good album, and sheâs one of the most gigantic music stars in the world,â said Steve Knopper, Billboard editor at large. âShe also flooded the zone with different versions of the album and pushed it all out there in a week where there wasn't a ton of competition from other artists. With that combination of things, you canât go wrong.âÂ  Following the Oct 21 to Oct 27 tracking week, the 'Midnights' album now has the most-ever top 10 songs on the list - a record previously held by Drakeâs 2021 album 'Certified Lover Boy,' which had nine hits in the top 10.
'Anti-Hero,' a song about Swift's inner battles, topped the list with some 59.7 million streams and 32 million radio airplay impressions. It was followed by 'Lavender Haze,' a breezy song about loveâs all-encompassing glow, with 41.4 million streams, and 'Maroon,' a track revisiting a fizzled-out relationship,
with 37.6 million.Â  - The Washington Post