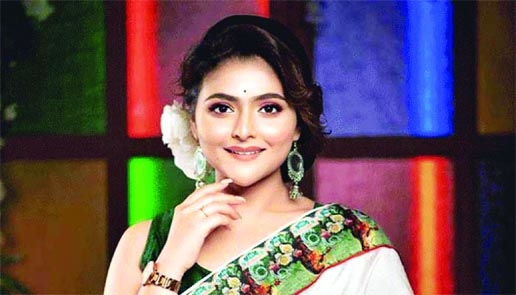 Tollywood actress and cancer survivor, Aindrila Sharma has suffered a major stroke and is currently on a ventilator. The actress has battled and beaten cancer twice, but her health deteriorated on Tuesday, after which she was admitted to a private hospital in Howrah where they discovered that she had suffered a stroke.
However, hospital sources have noted that Aindrilaâs condition has improved slightly compared to Tuesday. But they are reluctant to say anything until 48 hours have passed. One side of the actressâs body is numb but she was able to move her left hand slightly. As the actress is still young, the doctors are hopeful that she will make a speedy recovery.
Aindrilaâs colleagues said that the actress was supposed to be in Goa to shoot a web-series. She had even taken a break from a shoot in Kolkata for this. However, before she could even leave, she fell sick.
After recovering from cancer, Aindrila appeared in the popular reality show 'Didi number 1' and told a detailed story about conquering cancer, which inspired many fans. The actress made her TV debut with 'Jhumur,' opposite her boyfriend Sabyasachi Chowdhury. She has also appeared in popular series including 'Jibon Jyoti' and 'Jiyon Kathi.â
Â Â  Â -Agency