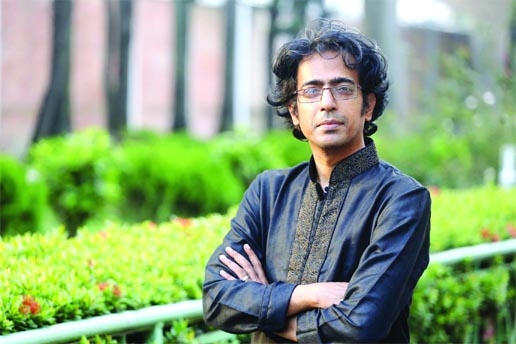 Entertainment Report :
National Film Award winning singer, music composer and director Bappa Mazumder is that kind of musician who dedicates his life to music and always tries to practice correct music. Many singers have dream to render songs under his music composition. In voice of Bappa, a new playback song is going to release on Sunday. This playback song will be used in movie 'Birkonnya Pritilata,' which story is based on noted litterateur Selina Hossainâs novel titled 'Bhalobasa Pritilata.' Story of this movie revolves with life story of Birkonnya Pritilata Waddedarâs battling life against the then British rulers. The movie will be released this month. On this occasion, promotional
activities before releasing the movies, its campaign will start
from Dhakaâs Eden College, which has many memories with Pritilata Waddedar.
Noted litterateur Selina Hossain on November 6 at 11:00am will inaugurate promotional campaign programme of the movie at Dhakaâs Eden College. The first song of the movie titled 'Poradhinotar Shrinkhol' will be released on that day.
Bappa Mazumder lent his voice for the song. Director of the movie, Prodip Ghosh wrote lyrics of the song. Besides lending his voice, Bappa himself also composed its tune and music. Elita Karim, Antu, Abhipriyo, Hridoy and Tamim also lent their voices with Bappa as co-singer for the song. While talking about the song and audio section of this movie, Bappa Mazumder told this correspondent, âAs 'Poradhinotar Shrinkhol' is a revolutionary song, so I lent my voice as lead singer while some other singers also lent their voices as my supporting singers. There is another original payback track in this movie which music was also composed by me and Shahan Kobondh wrote its lyrics. Therefore, two Dwijendra Lal Roy written songs and a song of Rabindranath Tagore took place in this movie. I can specially say about Elita Karim rendered a Dwijendra Geeti where Elita rendered outstandingly well. Listeners will find a new taste of Dwijendra Geeti in voice of Elita in this movie. Full audio section, background music and sound effects - alls were done at my studio. I have been attached with a big projects - it gives me pleasure. I am hopeful about this movie.â
Bappa first worked as a music director in movie 'Sottwa.' James and Momtaz got the National Film Award for rendering playback songs in this movie under Bappaâs composition. In 2005, Bappa first lent his voice for a playback song in late Chashi Nazrul Islamâs movie 'Suva.'Â Â Â Â Â