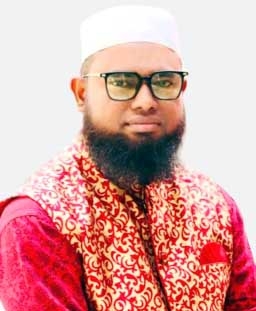 Wares Ali Khan :
This year, the COP-27 climate summit is projected to be taken place on the frontlines of the converging climate change, foodstuffs, energy & fossil fuel, health complexities & hygiene, and acute state of debt crises. The summit, in Egypt in November 2022, will hopefully deal with new weather extremes, food shortages, and crises in fossil fuel, global price hikes, and a gradually rising cost of living worldwide.
The summit will necessarily justify a need and opportunity like never before to galvanize immediate, on-the-ground action in the countries that most require it. The current year's summit has been themed 'implementation' that aims to shift the focus from negotiations and planning to action on the ground, where it is a must-need perspective. This seeks to strengthen adaptation and mitigation mechanisms to climate change impacts, in parallel with emission reductions.
The ensuing summit will push and navigate countries, the private sector, and local governments to deliver on promises already made, capacitate them in line with science & technology, and help to develop and emerging economies overcome barriers to finance and build long-term climate action capacity for better resilience. This is also the time for major polluters to accelerate their phasedown of coal, oil, and gas. It is true that Russia is financing its war machine, while the shrinkage of global supplies has already made acute energy shortages and cost of living spikes in the developed and developing worlds bringing hardline austerities in everyday life.
Excessive emission of carbon, the erratic presence of methane, and other greenhouse gases like - nitrous oxide, CFC, ozone, etc. have been turning the earth's surface intensely hot and excessively warmer. Industrially developed nations are mostly responsible for the huge creation of greenhouse gas (GHG). Many nations including Bangladesh, because of unfavorable geo-position, experiencing the impacts of climate-induced adversity on severe magnitudes. If the global community fails to reduce global warming within a rise of two degrees (ideally within 1.5 degrees), a goal which was set under the Paris Agreement earlier, almost half of victim developing nations will suffer extensively. Increasing threats of imbalance in the environment and ecology, gradual temperatures rising, melting ice of polar regions, sea levels rising, and frequent natural calamities-will challenge human survival vigorously. Consequently, some unforeseen impacts of climate change have already entangled our bio-diversity, life and livelihood, and socio-economic perspectives of the country's climate-vulnerable communities.
Global greenhouse gas emissions must be reduced by at least 45 per cent from current levels by 2030 if it is to achieve the target set by the Paris Agreement. And global coal usage in power generation must be cut back by 80 per cent, which means developed countries must pledge to phase out coal by 2030 to avoid the perpetual catastrophe of climate change. Following the Paris Agreement, we all have to work for reducing greenhouse gas emissions to net zero by the middle of this century. And rapid action to withdraw the use of harmful fossil fuels from the power sector has to be instituted throughout the world.
This is indeed bittersweet that the World Bank continues to empower fossil-energy projects despite promises to tackle climate change. A German-based environmental research report says that the World Bank has invested more than 1200 crore dollars in fossil energy projects since the signing of the Paris Agreement in 2015. According to Oxfam, millions of dollars in loans are being rendered by the World Bank to climate-vulnerable poor countries instead of helping them to deal with the effects of climate change. Â
The use of fossil fuels has declined during the ongoing pandemic, but there is an upward trend in fossil fuel investment funds. As of now, nearly 81 per cent of the world's total energy comes from fossil fuels. Since the use of non-renewable energy has been increasing alarmingly for decades, we might move towards a Non-Proliferation Treaty of using fossil fuels. Poor nations must be provided with both technical assistance and a handsome amount of grants from the developed ones to depart from fossil fuels. As Bangladesh is one of the most affected countries, it has no choice but to take potential action to assert its rights as a victim country.
Rehabilitation with extending livelihood advantages for climate-vulnerable communities should get prioritized. To mitigate the risks of climate change, and alleviate the impoverishment and fatality resulting from global climate, the issuance of necessary support from responsible developed countries is capitally substantial. In that case, our country needs to bargain successfully for getting the required climate funds (cash support) from the global initiators concerned with world climate change. Otherwise, we have to face many hurdles to mitigate the inevitable risks of climate change in the days ahead.
As a part of the Nationally Determined Contribution (NDC) to reduce the emission of carbon within the domestic territory and adapt to the effects of climate change and increase the use of alternative energy, our country might head to undertake eco-friendly and cost-efficient energy-generating ventures. Just as a timely move to have a climate-resilient transformation the government should necessarily formulate the green energy generation policy, and reconsider future investment in the fossil fuels-dependent mega power projects in the country.
To combat climate change issues, protect biodiversity, and accelerate growth to achieve the goals of a sustainable environment-all nations must limit greenhouse gas emissions for a better existence and safer survival in the future.
Â
(Mr. Khan is an academic and social worker).